Lawmakers from both sides of the aisle came to pay their respects to Rep. John Lewis as the civil rights icon laid in state at the US Capitol in Washington, D.C. but notably absent was the President and his V.P.

When Trump was asked if he would honor the late congressman and civil rights icon by attending, he curtly replied, ‘No.’

Remember, Rep. Lewis once called Trump an ‘illegitimate president’ after he called Lewis’s Atlanta congressional district ‘crime-infested’ and Trump is one to hold a grudge. 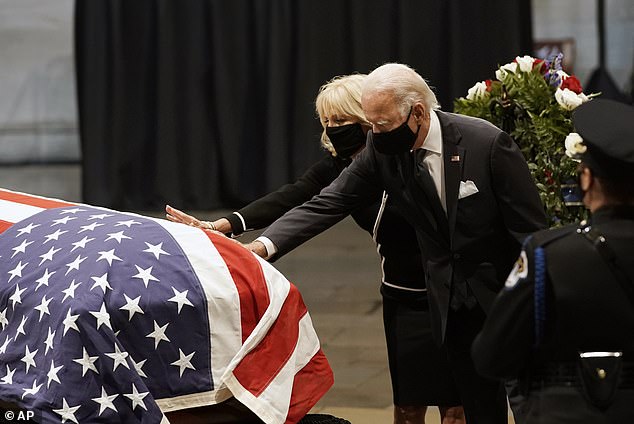 Joe Biden and his wife Jill were visibly moved as they paid their respects. Biden and Lewis had a friendship going back decades after they got to know each other on Capitol Hill and then worked together when Biden was Obama’s V.P.

Lewis even endorsed Biden and campaigned for him even when he was sick towards the end.

‘We need someone who is going to get our country on the right side of history and help save our planet.’

Unbelievably, Lewis is the first black politician to be given the honor of lying in State. 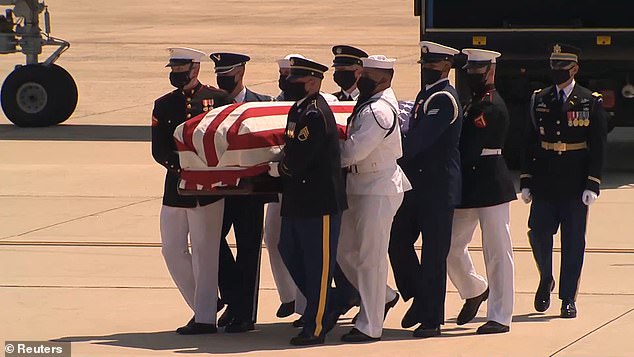