After Colonial Pipeline was hacked by a group calling themselves DARKSIDE it was forced to shut down operations, leaving about 1,800 stations in the south without fuel.

The good news is that most of the service is back online though prices remain at a seven-year high. But in the meantime, panicked motorists have been hoarding fuel — and putting it in anything they can find including plastic bags, forcing officials to warn people against it. 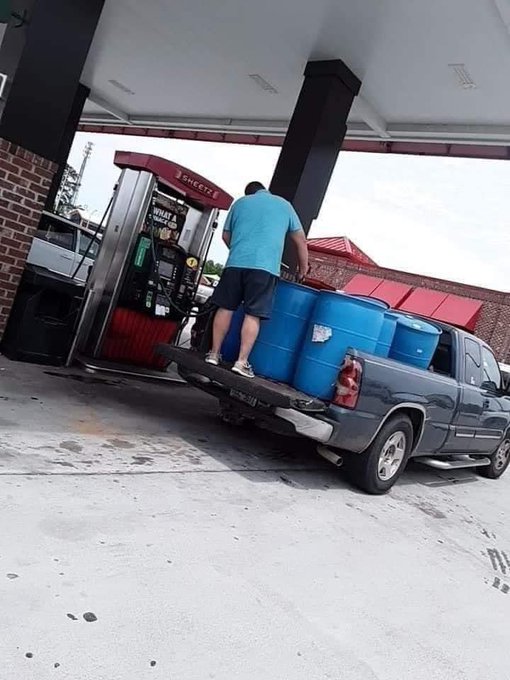 “This is a time to be sensible and to be safe,” Buttigieg said. “Of course, we understand the concern in the areas where people are encountering temporary supply disruptions, but hoarding does not make things better. Under no circumstances should gasoline ever be put into anything but a vehicle directly or an approved container, and that of course, remains true no matter what else is going on.”

Oh, and apparently this needs to be said: if you’ve packed fuel into multiple containers in your car do NOT light a cigarette.