In the war against the deadly COVID-19 virus, the Army Corps of Engineers is leading the charge to build 341 field hospitals to serve as temporary hospitals.

Already there are eight field hospitals going up around the country. 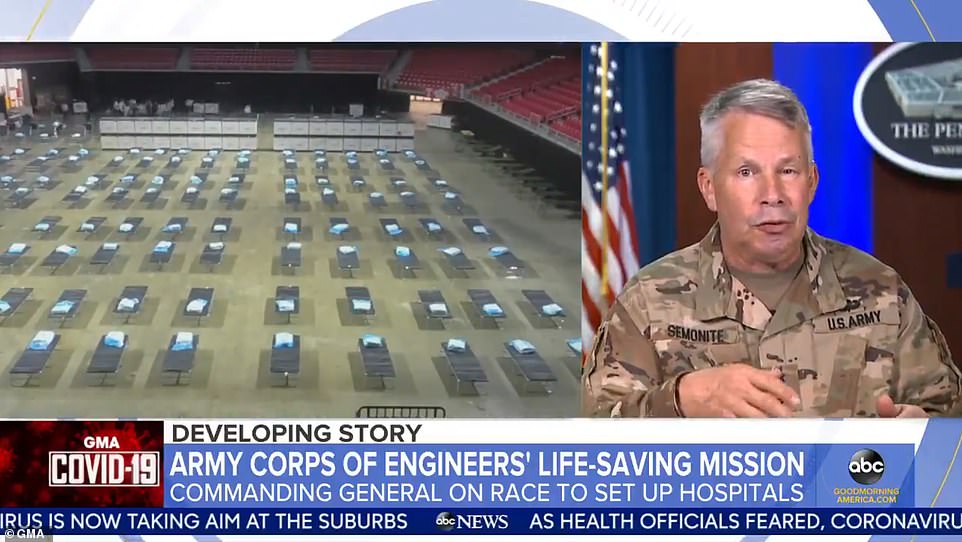 The head of the Army Corps of Engineers, Lt. General Todd Semonite, went on Good Morning America to talk about the setting up of field hospitals.

‘The scope is immense,’ he said in a Skype interview with George Stephanopoulos, who was broadcasting from his home because his wife is exhibiting some symptoms of the virus.

‘We’re looking right now at 341 different facilities across all of the US [that will be] similar to the Javits Center.

‘There are eight contracts under gear right now which provide probably around 8,500 beds. ‘ 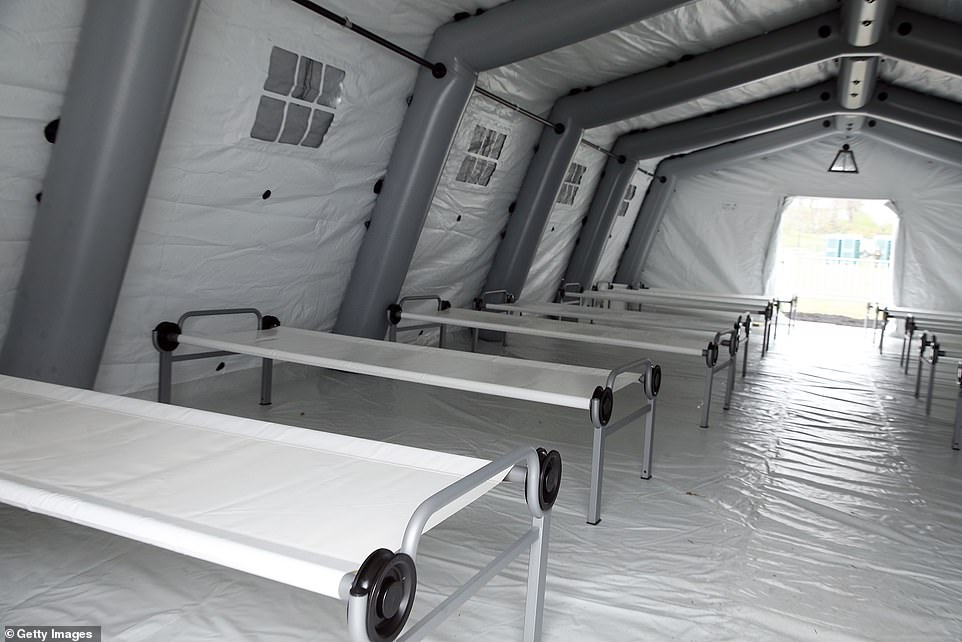 Explaining how they selected a site for a temporary hospital, Semonite explained that prefer to choose buildings that are already functioning with water, heat and electricity then look at ‘wide open spaces’ like Central Park which is more of a challenge.

In N.Y. city where more than 900 people have died, the hospitals are already full and they are desperate for beds.

Mayor De Blasio said Monday that the city will lease out entire hotels and turn them into hospitals. ‘We’re going to be doing that to the tune of thousands of thousands of rooms.’