For Ukrainian women fleeing the Russian invasion once they cross the border into Poland, there are new dangers to face.

Human rights monitors warn they are vulnerable to sex and labor traffickers. Most of the 5 million Ukrainians who have fled the brutal invasion are women and children.

One young woman, 22-year-old Hanna Antoniuk, said she immediately noticed that all the drivers offering rides were men. 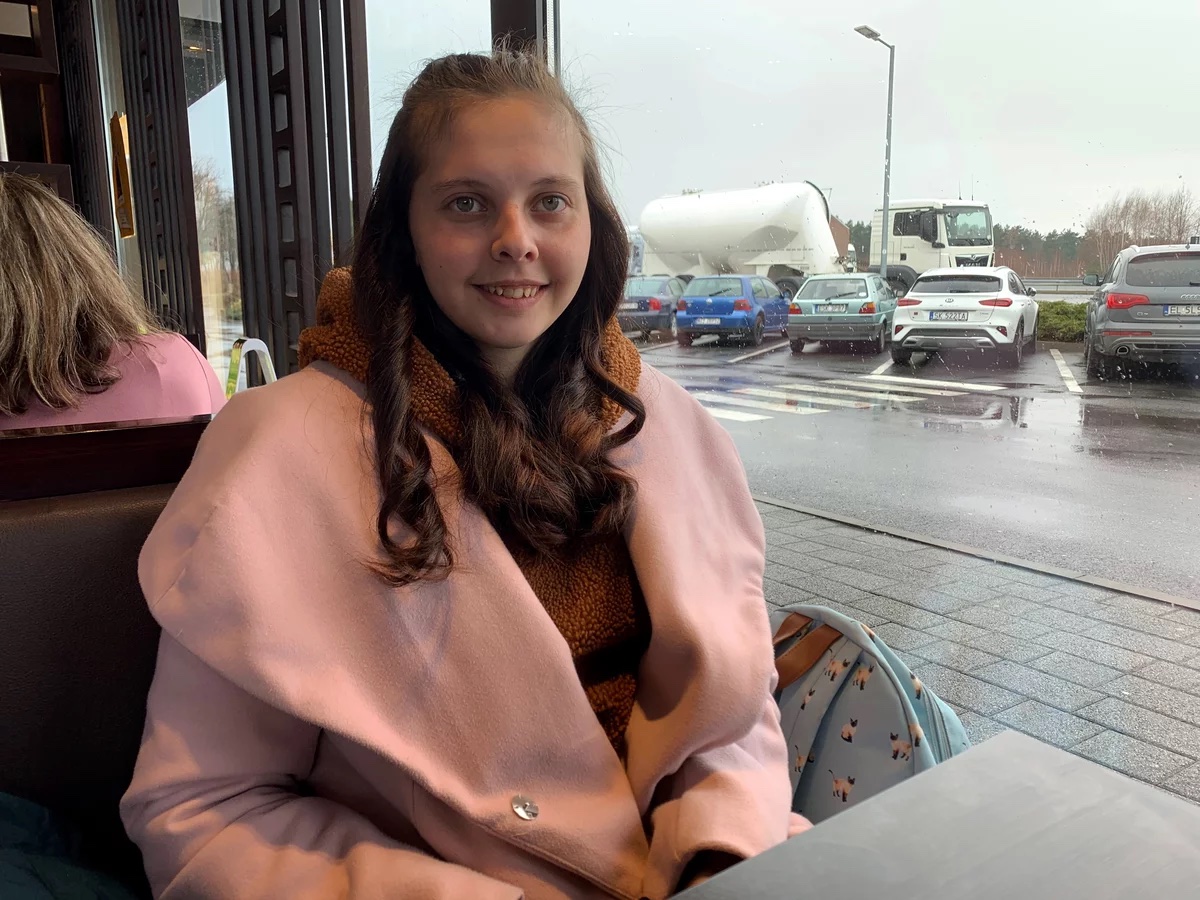 “It’s an unknown, unfamiliar country, unknown men. You don’t know the language, and you don’t know what can happen at all,” she says.

“It’s about the anticipation of danger,” she says. “That you think, ‘What will happen? What is next? A second ago, they bombarded my town. They killed people. And now I’m supposed to get into a car with a strange man?’ “

So this enterprising young woman recruited drivers through Facebook to form an organization called  Kobiety za Kolko, or Women Take the Wheel. The drivers make regular trips to the border to transport Ukrainian women and their families to homes or shelters.

“We provide free & safe transport for Ukrainian women & children” is their motto.

Logo for ‘Women Take The Wheel.’

“I think it’s the most popular phone number in Poland right now,” Ella says, not entirely joking. “The women — they are Ukrainian — they are asking about suspicious requests, like opportunities to go to America or proposals to work in the Emirates or Turkey or Mexico. And offers of accommodation or transportation. The decisions taken can be risky.”

Together, the group — which remains strictly all-women, given Jarmulska’s concerns; she says wouldn’t let a man join “even if he was president of the United States” — has safely transported around 300 women and children from the border, with Jarmulska herself completing 12 journeys.

Using GOFundMe they were able to buy a bus:

“Dear lovely supporters it is with great pleasure to tell you that we completed our first bus drive & brought back from Lviv, UA to Poland 53 people!!! – hours before shelling at Lviv happened ‼️ This is ALL thanks to you!”

“As long as Ukrainian women need us,” she says, “we’ll be driving.”