Rudy Giuliani tested positive for COVID and was sent to the hospital over the weekend. This makes the 53rd member of Trump’s administration to get the deadly virus.

Meanwhile, Trump’s lawyer who rarely wears a mask or practices social distancing has left a swatch of danger in his path. This morning the lawyer tweeted from the hospital that he is ‘feeling good’ while Trump called him the ‘Greatest Mayor in the history of NYC,’ and Giuliani’s son Andrew thanked everyone for their concern. 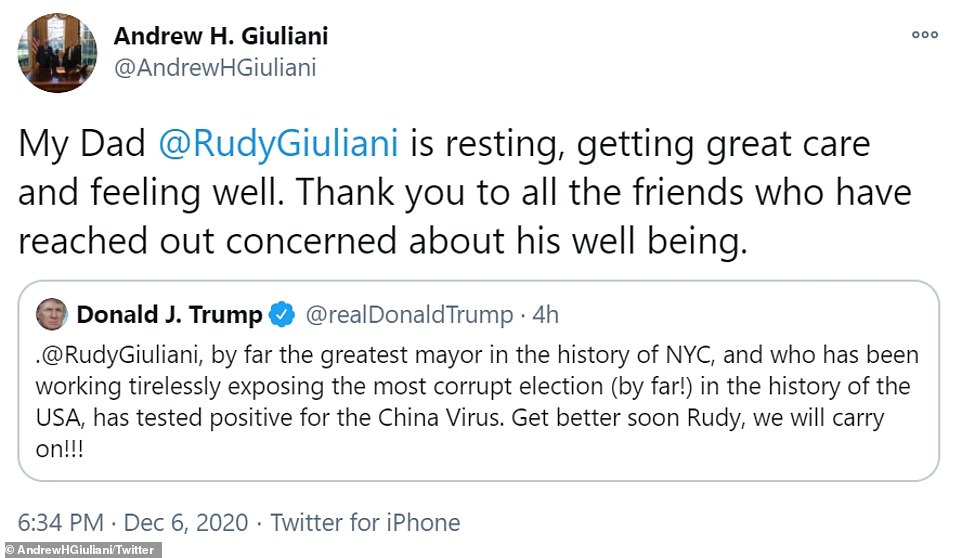 ‘Little did I know that most credible death threat that I encountered last week was Trump’s own lawyer,’ Jordan tweeted.

How many more people has Giuliani now infected?

Dr. Megan Ranney says that Giuliani could have potentially exposed “hundreds and hundreds” of people to the virus during a recent trip to Atlanta