There’s a new restaurant in DTLA called Marlou that — once the word gets out — is going to be slammed, so make reservations soon. On 819 Flower St, it’s part of the boutique O Hotel, with convenient parking at the lot next door. 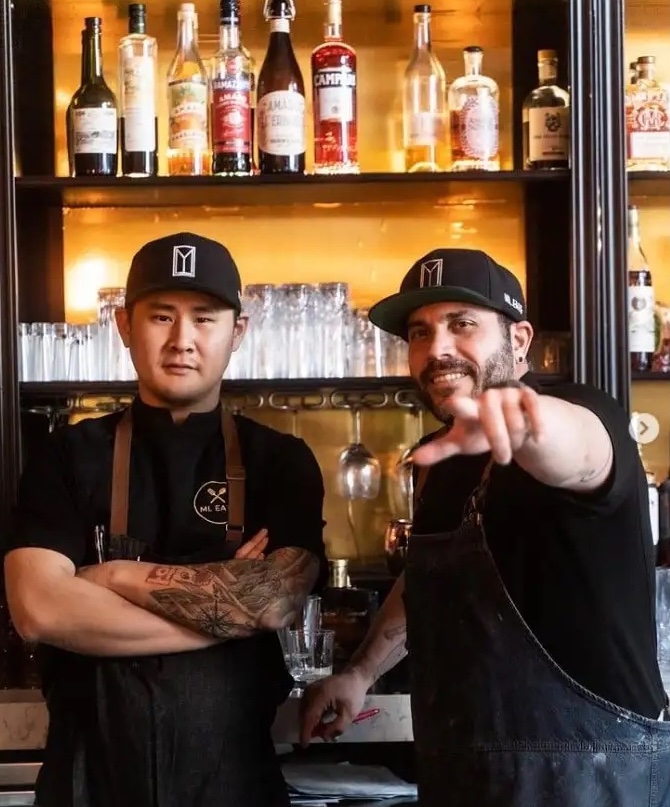 Chefs Marcos Spaziani & Louis Huh, the chefs behind the popular ML Eats Food Truck and Taste on Melrose, combined talents to create the ambitious menu. A combination of Venezuelan/Spanish (Chef Marcos) and Korean (Chef Louis) with a sprinkling of Italian, dishes such as SPICY SEAFOOD SOUP (manila clams, mussels, calamari, shrimp, spicy marinara, squid ink linguine) to a delicious BRAISED BRISKET RAMEN live side by side on the menu.

“Why I work with Marcos is because his food knowledge is universal. He’s cooked every different cuisine,” Chef Louis said of his friend and business partner Spaziani. 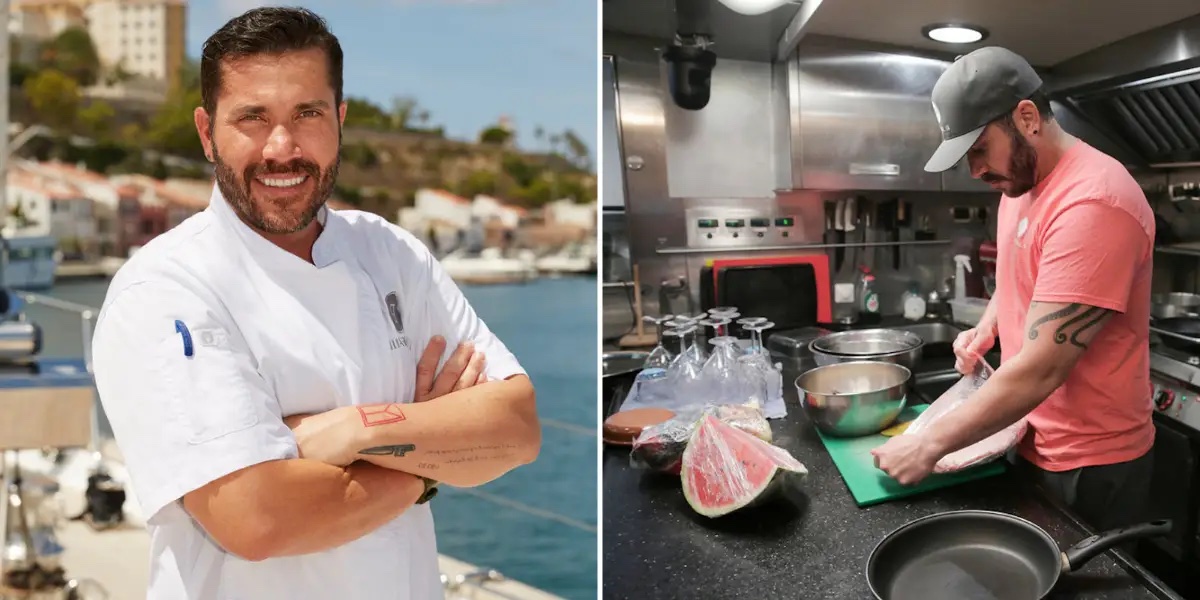 If Chef Marcos looks familiar, it could be because you’ve seen him on the Bravo show, ‘Below Deck Sailing Yacht’ where he cooked for finicky charter guests. Even some of the crew members — namely Daisy Kelliher, Gary King and Kelsie Goglia — have all stopped by chef Marcos’ restaurant and Instagrammed their dishes. 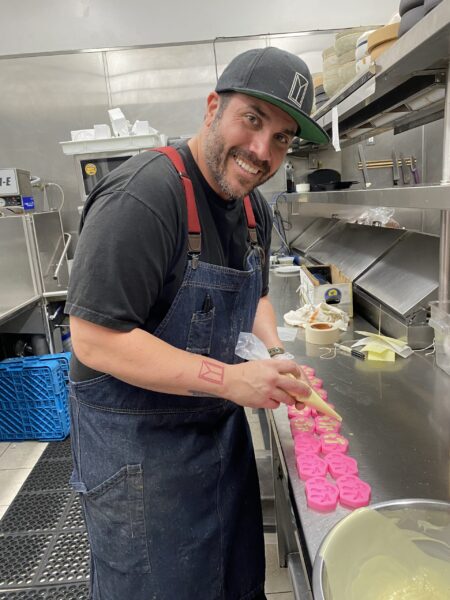 When we sat down beside the fireplace (the best seats in the house) the couple beside us were polishing off a kimchi seafood paella, which they pronounced as ‘a real winner.’
So we ordered the Kimichi ($36), plus the rib-eye steak ($52.) but hands down our favorite was the Gnocchi (bone marrow, dwenjang cream sauce, micro greens, fresh grated parmesan.$29.) You scoop out the bone marrow and drip it over the bite-sized gnocchi, which tastes as light as air. It’s the perfect combination. 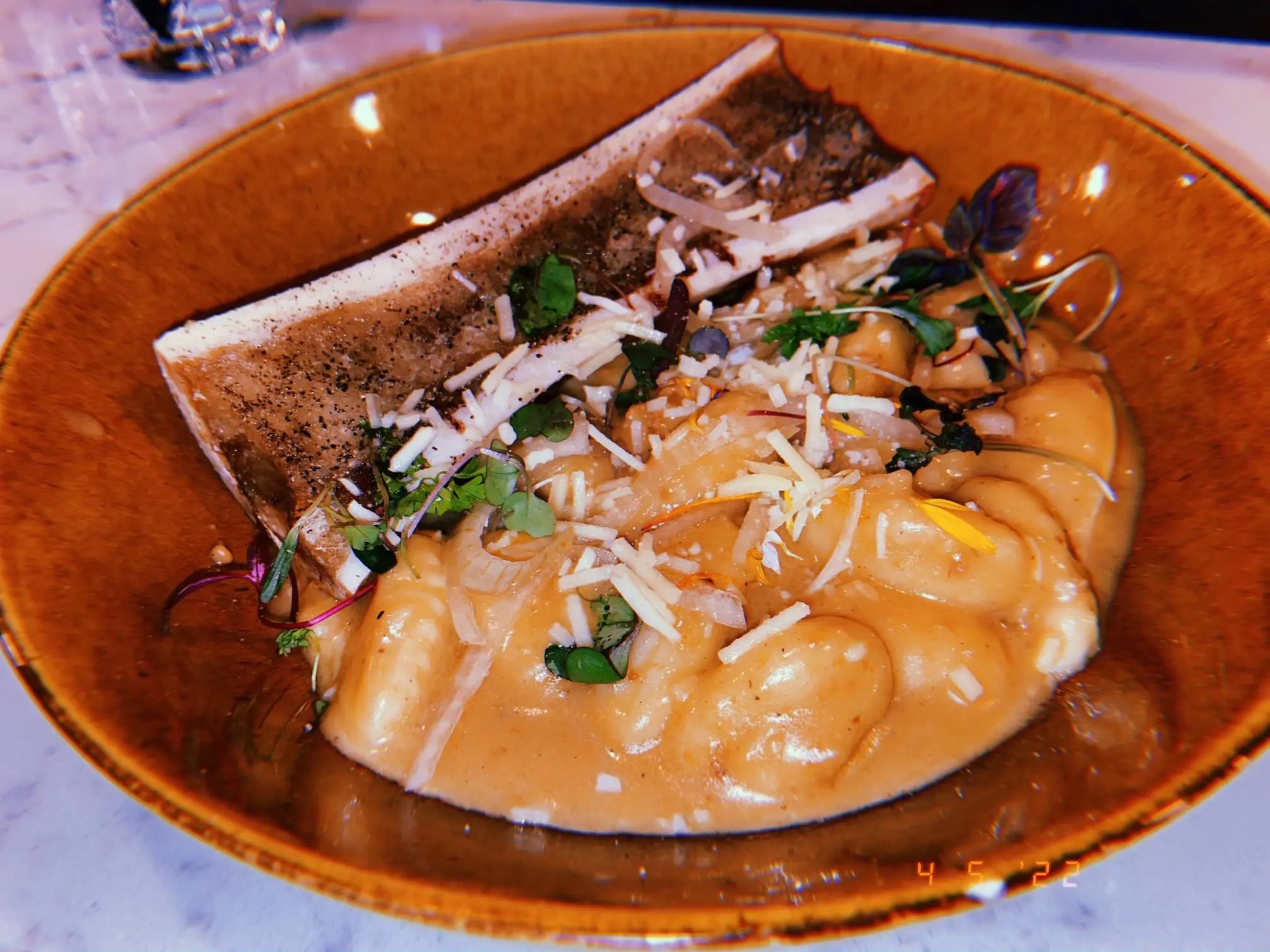 A roasted 1/2 chicken ($25) was tasty but not something we’d order again, not with other, more spectacular taste treats on the menu. 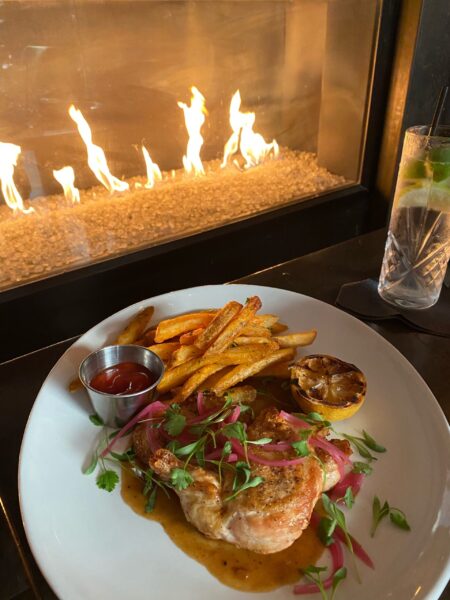 As a side, the root vegetables were delicious, as were the crispy french fries. Try and save room for dessert — after all, Chef Marcos is a trained pastry chef.

An evolving concept, the Chef says he will add more dishes as they go along.

And if you feel like a nightcap before heading home, next door is the chef’s Burrow Bar & Kitchen, a dimly lit intimate spot with big cocktails and small bites. 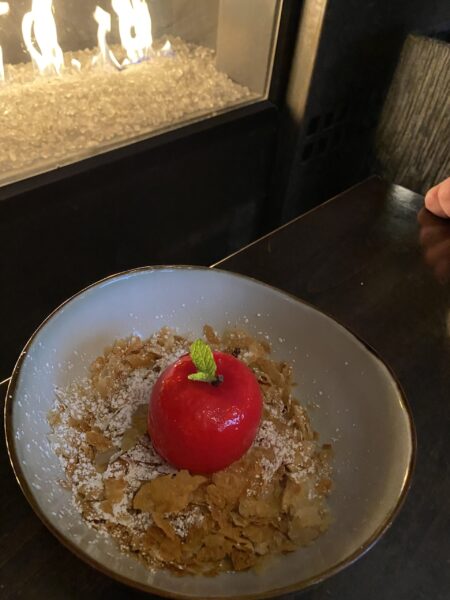 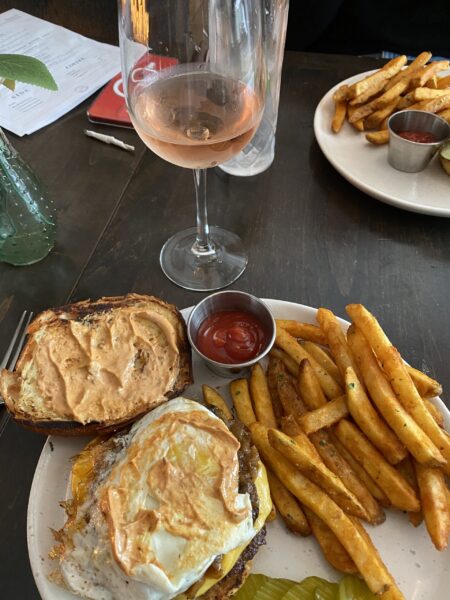 But these two cooking entrepreneurs aren’t done yet: They are opening a Korean restaurant in LA’s Koreatown later this year called ‘Under One Roof,’ which Chef Marcos says will be much more like ‘Taste.’

Ask Chef Marcos where he wants to have his next Marlou and his eyes light up, ‘Vegas!’ he says with enthusiasm. ‘Someone called me from N.Y, they want us to open there too, and maybe Miami but we don’t want to get too big too fast.’