Ida caused massive flooding all along the Northeast, creating an ‘Historic weather event’ which has now paralyzed the tri-state area. The storm is blamed for at least 12 deaths, including nine people in New York and one each in New Jersey, Pennsylvania, and Maryland. 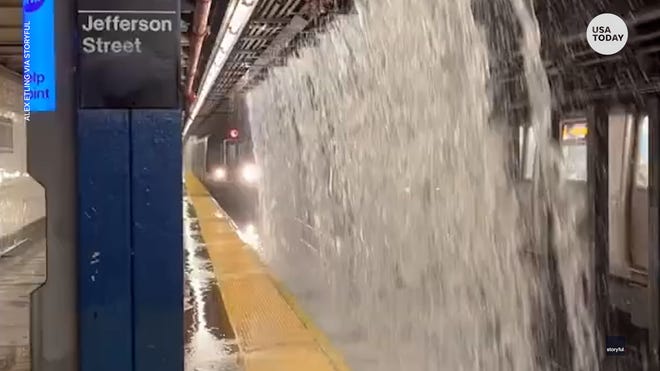 In Philadelphia, the Schuylkill River has overflowed its banks. Fire Commissioner Adam Thiel said that the river was at heights not seen in more than 150 years — and that the water was still rising.

Air travel was also halted, with New York City airports LaGuardia and JFK reporting temporary flight disruptions. In N.Y. the subway has been halted due to the flash floods.

A leading climate scientist has warned that the world needs to make ‘deep cuts to its greenhouse gas emissions’ if it wants to reduce the risk of dangerous extreme weather events, like Ida, which has brought record-shattering rain and flooding to the northeast.