Both President Trump and Joe Biden will pay their respects at Ground Zero, the candidates were asked to pause their often acrimonious ad campaigns for the day.

In August, the organizers of 9/11 Day, a nonprofit, and other organizations,  sent a letter to Biden and Trump asking the campaigns to “suspend political advertising, as well as campaign- or partisan-related appearances and social and traditional media activities on September 11, 2020, in favor of nonpartisan expressions of service, remembrance, unity and prayer.” 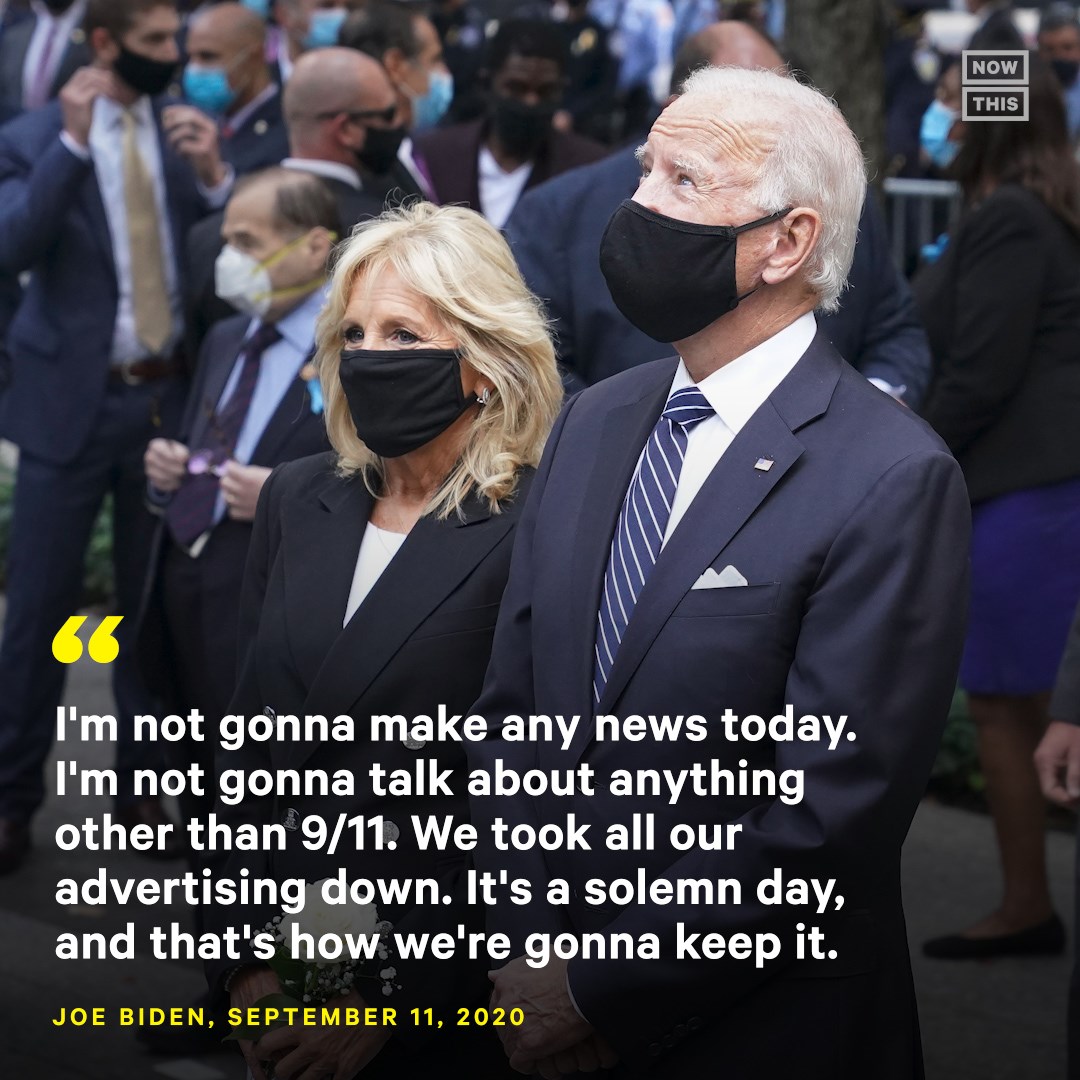 A solemn Biden told reporters in New York Friday morning that he would neither be discussing the campaign or politics nor would his campaign be advertising on television Friday, because of the nature of the day.

“We took all our advertising down. It’s a solemn day and that’s how we’re gonna keep it. Okay? We’ll get back to the campaign tomorrow.’

Meanwhile, Trump continued his campaign ads and even treated his visit to visit the memorial at Shanksville, PA. as more of a political rally on Friday morning.

Defending the Trump campaigns decision to take out ads on 9/11 a spokesman said, “People are voting today and our ads are patriotic.”