Sunday’s F1 race audience watched in shock at Romain Grosjean veered off the track, tore through the safety barrier, and burst into flames. It would be 30 seconds –which felt like an hour– before the driver appeared through the flames to stumble out of his car.

Grosjean was immediately flown by helicopter to BDF Military Hospital, 10 miles north in West Riffa, with burns to his hands and feet. The Haas driver says the halo — that’s the titanium and carbon device around the cockpit that protects a driver’s head — saved his life. 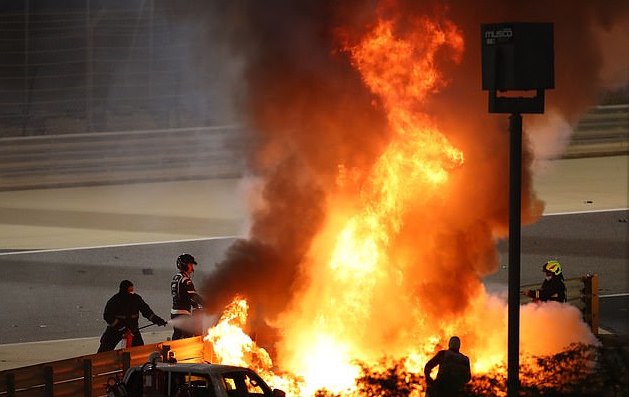 Grosjean’s doctors say they hope to release him from the hospital tomorrow, Tuesday, but he’s definitely out for the rest of the season.