Yes, apparently some people have to be told not to French kiss livestock. Photos have popped up on the internet of people making out with heifers as part of the ‘Cow Kiss Challenge’ started by Swiss app Castl to raise money for charity. Like the ALS ice-bucket challenge but with big cows. 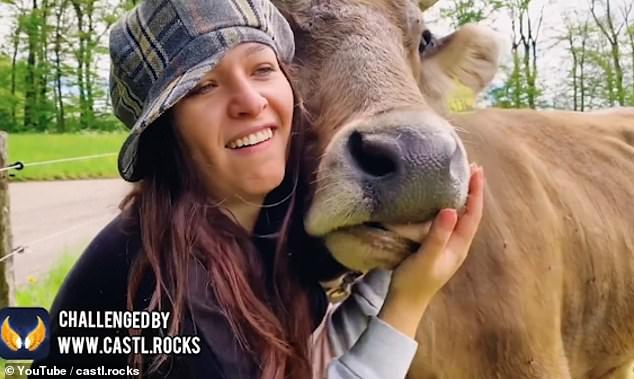 But the Austrian Agriculture minister has issued a warning saying the craze was a ‘dangerous nuisance.’

She added: ‘Pastures and meadows are not petting zoos – actions like these could have serious consequences.’

In said photos and videos, participants are shown with flowers, trying to get cows to ‘kiss’ them.

In Austria, the herds wander the hillsides but the government has just published a ‘code of conduct’ for hikers and tourists, warning them to avoid herds of cows.

‘Actions like this challenge fly in the face of our efforts to promote co-existence on the pastures. I simply can’t understand it,’ said the Austrian Agriculture Minister. 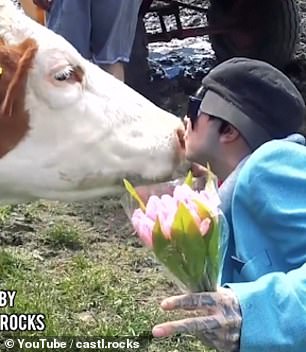