Remember the ‘We Build The Wall’ fundraiser that included a photo of Trump and an official-looking stamp that read ‘Trump Approved’? Remember the plan to privately raise money for ‘Tump’s wall?’

To absolutely no one’s surprise, it turns out it was a $25M scam with chief architect Steve Bannon — and former Trump campaign manager —  pocketing over $1M of the moola as well as some of his friends racking in some cash. They did manage to build a skimpy piece of a wall in New Mexico which Don Jr. visited and crowed about in photos.

Bannon continues to claim the money went to ‘expenses.’

He pleaded not guilty to counts of fraud which carry a maximum sentence of 40 years but was released today on 5 million bail.

Naturally, Trump denied knowing anything about the scheme. Uh-huh. 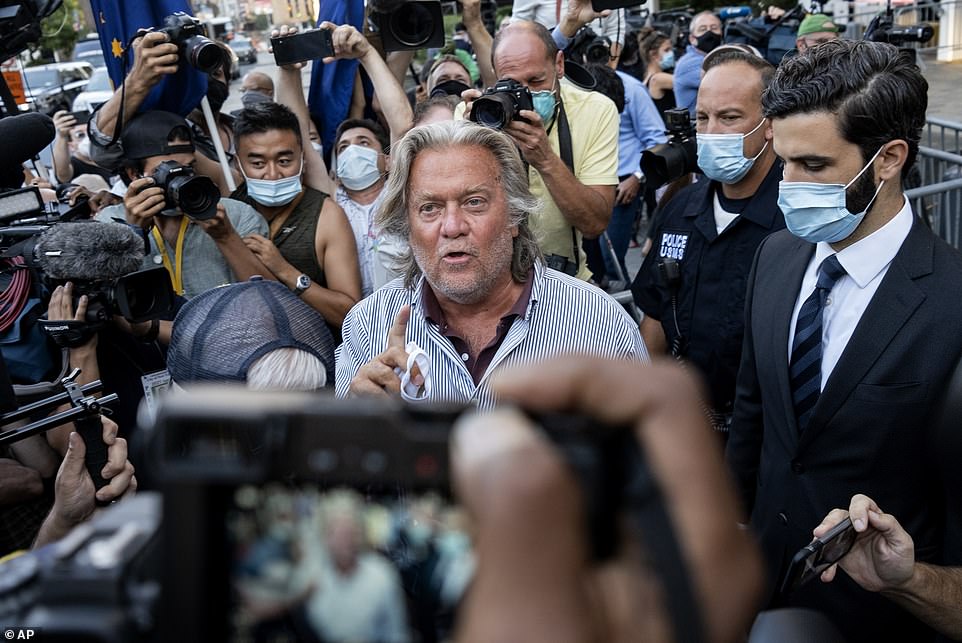