Yesterday was ‘climate day,’ as pronounced by President Biden, and put action to works by signing a slew of executive orders to make climate change a priority.

We need to be bold,’ Biden said while signing orders to halt fossil fuel activity on public lands and transform the government’s fleet of cars into electric vehicles. 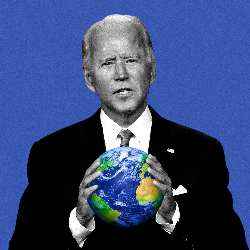 “We have already waited too long to deal with this climate crisis, we can’t wait any longer,” the US president said. “We see it with our own eyes, we feel it in our bones. It’s time to act.”

To further that goal, Biden appointed John Kerry as the US special climate envoy on climate, who stated he plans to announce a target for reducing its greenhouse gas emissions by 2030 under the Paris climate accord.

As Biden promised on the campaign trail, he immediately rolled back Trump’s dangerous actions and rules that harmed the environment including protections for clean air and water