What we (think) we know right now. Given that there have been conflicting reports every since Grump was admitted to Walter Reed hospital after testing positive for COVID, who really knows what’s going on?

As the public, and doctors, slams Trump for his media joyride stunt driving around the hospital to wave to his supporters — and putting the secret service people with him in grave danger — the President ignored the furor and wildly tweeted (19 times! ) this morning, trying to drum up support for the election.

Oh, and Those secret service personnel are now quarantined for 14 days. 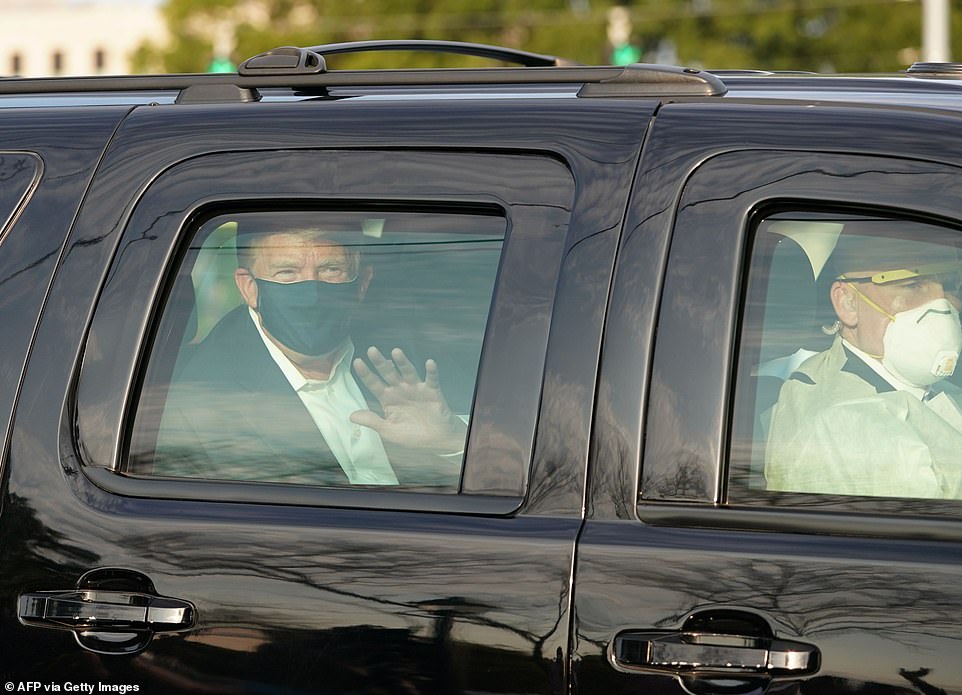 It has been confirmed that Trump was treated with steroids, which is only used for severe cases of COVID-19 yet Trump continues to tweet that he feels ‘great’ and ‘will be released soon.’

Steroids are known to cause changes in mental status that include delirium, hallucinations and confusion, but with Trump, how would we know?