In an ugly, profane-laced rally last night in Minnesota, Trump spent most of the time railing against the impeachment proceedings and attacking his favorite target — the Bidens.

‘He was only a good Vice President because he understood how to kiss Barack Obama’s a**,’ he said of Biden which brought cheers from the crowd. 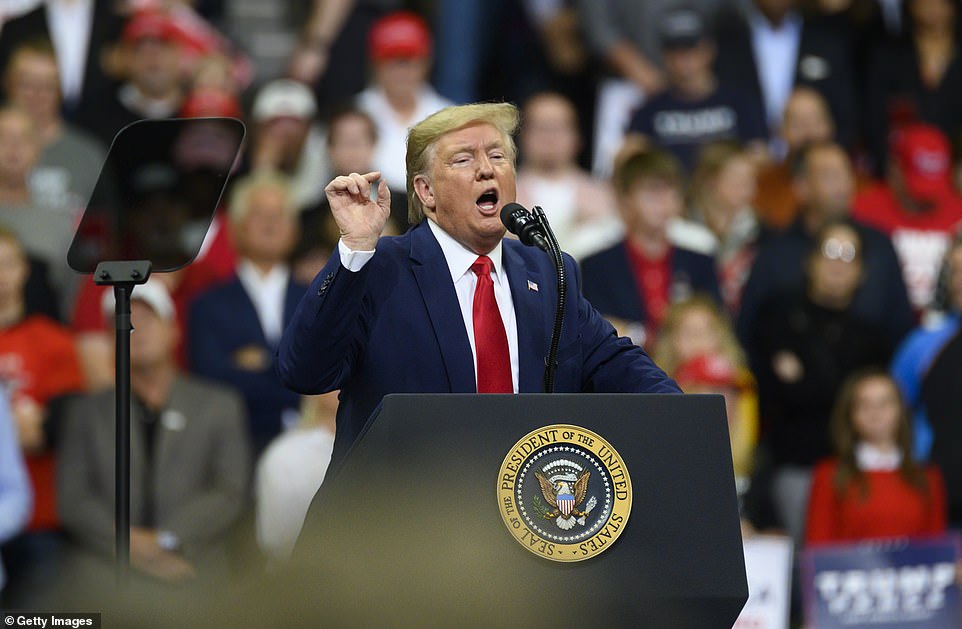 The President again attacked Hunter Biden on his theory — which has no evidence to back it up — that Hunter Biden made $1.5 billion in a deal with China.

In his rant, Trump also claimed that the Bidens got rich while America got ‘robbed.’

‘The Biden family got rich, and that’s all substantiated. While America got robbed, that is what happened,’ he said. (Again, an unproven theory.)

‘Joe’s son Hunter got thrown out of the Navy and became a genius on Wall Street in two days. Whatever happened to Hunter, where the h*** is he? Where is Hunter? Fellows, I have an idea for a new t-shirt? I love the cops, but let’s do another t-shirt. Where is Hunter? Where is he?’ Trump said.

Promptly, a black t-shirt with a white ‘where’s Hunter’ logo is for sale for $25 on the Trump / Pence campaign website. 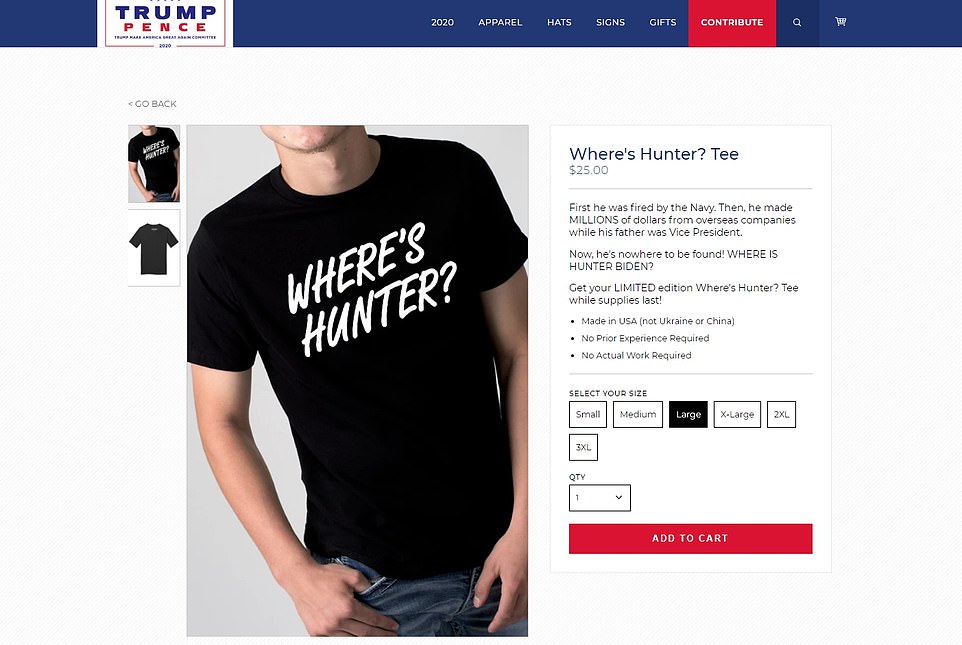