After finding policeman Derek Chauvin quilty, the 12 jurors were ushered out a private entrance under heavy guard.

Judge Peter Cahill thanked them for their  ‘heavy-duty jury service,’ when he dismissed the jury after they handed down their verdict on Tuesday.

Even though cameras were allowed in the Minnesota trial, the jurors were never seen on screen and because of the plexiglass, not to mention physical distancing, even the attorneys don’t know what they look like.

They were seated in the order of their selection and are known only by numbers.

But how long before one of the jurors goes public with their account of the three-week trial, or wants to sell their story? 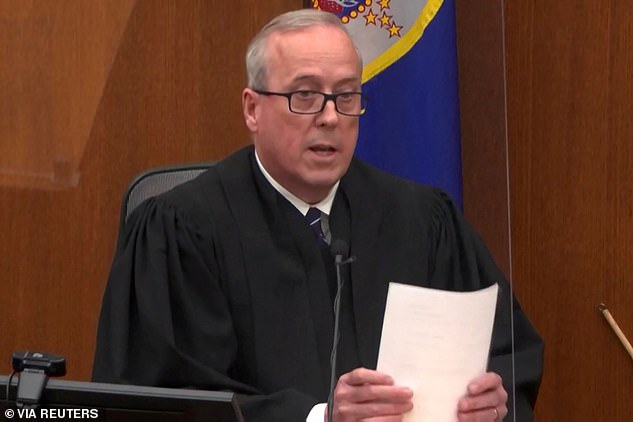