Let the blame game begin. The Democrats blame the Republicans for stalling the coronavirus relief legislation which is desperately needed by millions of Americans. And the Republicans say the Dems are asking for too much money in the relief bill.

But they are keeping the talk alive today as they suit up for their 11th meeting after talks collapsed late Thursday night.

At issue is the money allocated: Democrats originally proposed $3.4 trillion while Republicans wanted a $1 trillion.

‘We have a moral responsibility to find common ground.’ 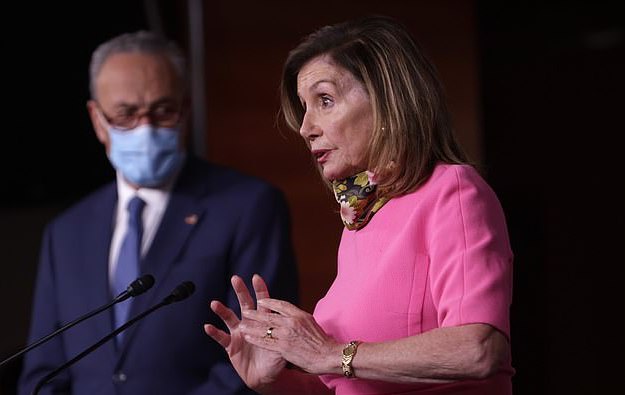 Republicans have offered a ‘skinny’ deal that would allow legislation to be passed on two critical issues – the unemployment insurance and a moratorium on evictions – but leave the other issues to be negotiated in a later deal.

But Pelosi rejected that, saying the deal wasn’t skinny but ‘anorexic.’

And where is the President when all this is going on? He’s in Bedminister, New Jersey, on a golf course. 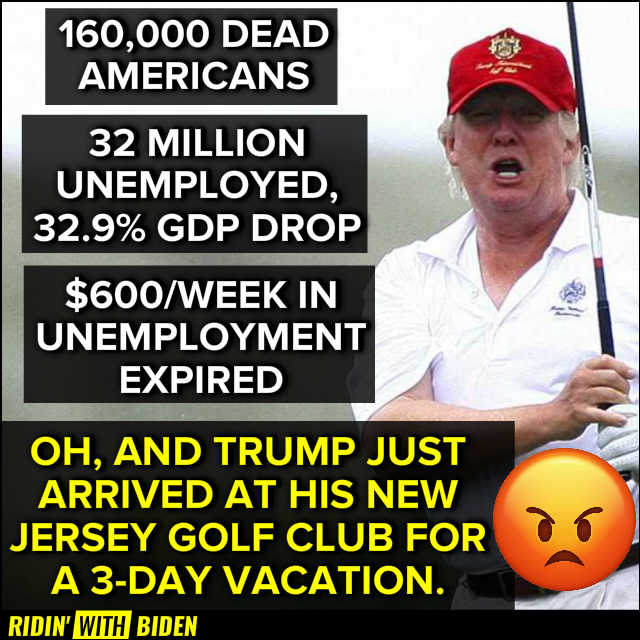