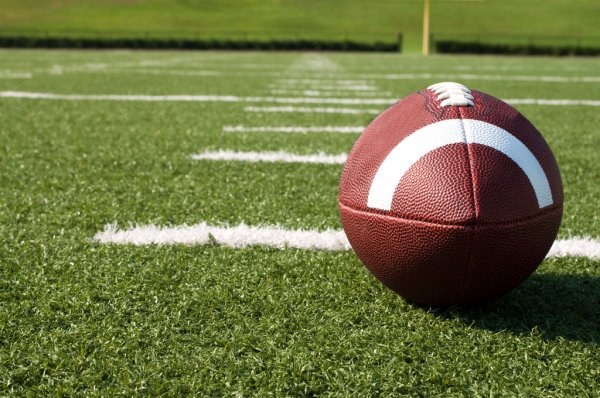 On the one hand, you could talk about which team or teams have posted the most dominant seasons ever. You can talk about the 2001 Miami Hurricanes, the 2004 USC Trojans, the 2005 Texas Longhorns, the 2018 Clemson Tigers, or the 2019 LSU Tigers to name a few. On the other hand, though, you can talk about the winningest programs in college football history and this is what we’re here to do today. Here we bring you a list of NCAA football’s 5 winningest programs in history.

When one speaks of college football royalty, history and tradition, speaking of the Notre Dame Fighting Irish football team is a must. Even while not being part of any conference in the NCAA football landscape, the fighting Irish still sit comfortably at the top of the list of winningest teams ever, with a total of eight official national championship titles under their belts, although there are stories that point towards the Fighting Irish to having a total of 13 total championships under their belt. 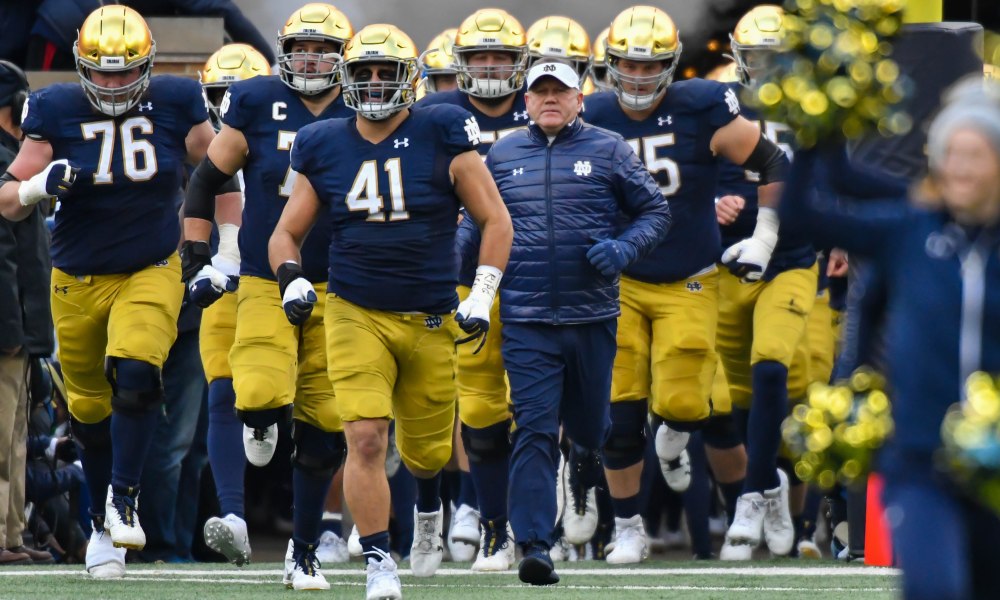 Notable college players who went on to have illustrious careers in the NFL all came out of Notre Dame with guys like Joe Theismann, Jerome “The Bus” Bettis, Allan Page, and Joe Montana to name a few. If those names don’t already tell you the level of football excellence that Notre Dame offers, just go and watch the movie “Rudy”. If you’re not crying by the end and loving Notre Dame football, then you probably have no heart.

While nowadays the Texas Longhorns have been in a constant struggle to try and find their tip top football fighting shape that has made them famous throughout history, and while they prepare their move out of their Big 12 conference into the much more competitive SEC conference, there once was a time where if you were speaking of college football dominance, the Texas Longhorns would always be a part of the conversation. With a total of 4 national titles under their belt, with 5 others unclaimed, which would take them to a total of 9, the Longhorns have long been a staple in the college football universe.

Players like Earl Campbell, Ricky Williams, Colt McCoy, Derrick Johnson, and Vince Young can all be taken into consideration as some of the absolute best football players that the Texas Longhorns program has produced along the way all with different levels of success obtained later on in the pros. 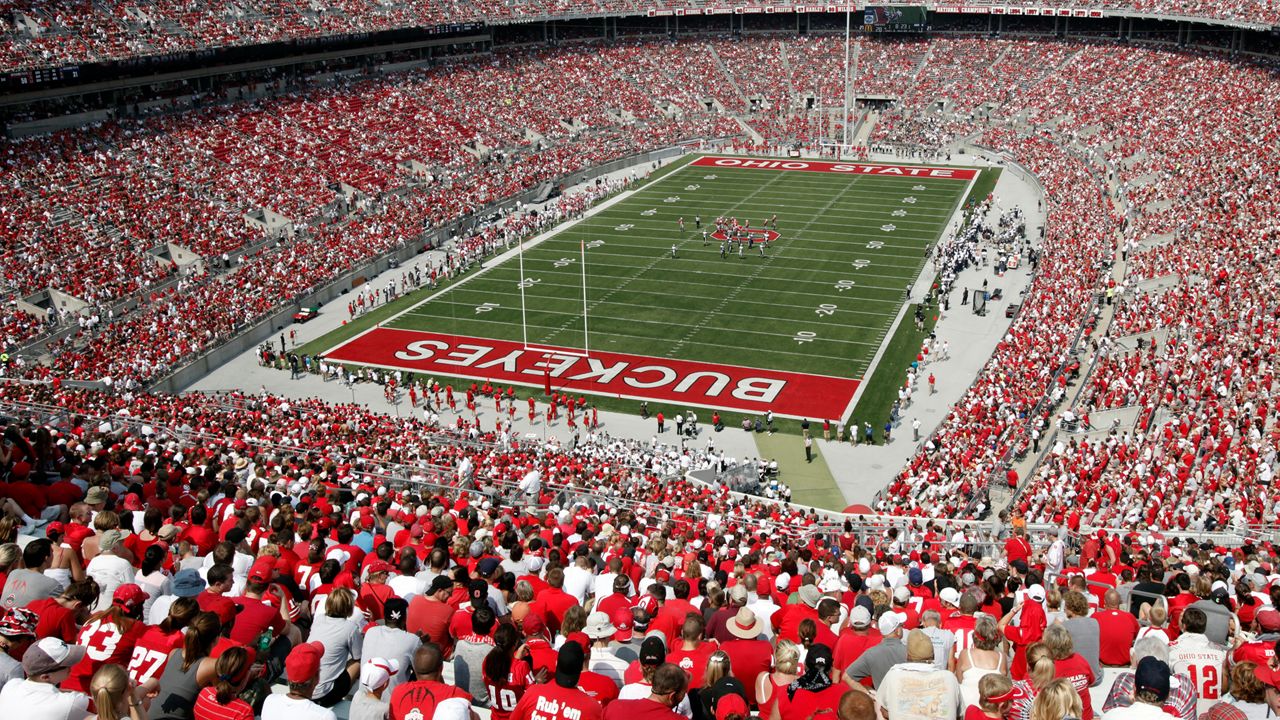 If you’re a fan of college football and have been tuned in for the past 25 years or so, then you can probably recall always seeing the Buckeyes at the top of all the college football rankings and title contention pictures and scenarios. With 8 national titles to their name and a whopping 9 unclaimed titles as well, Ohio State can easily brag about being one of college football’s most successful programs ever. They were the winners of the initial CFP series in 2014 and have been a constant candidate for national titles ever since.

Ohio State can brag about giving the NFL players of the caliber of Eddie George, Cris Carter, Orlando Pace, Paul Warfield, and most recently the Bosa brothers, Joey and Nick and Ezekiel Elliot. So if there was ever any doubt about how much talent goes through the Buckeyes organization, you’ll probably find at least one former Ohio State player in each NFL football team.

Yes, I know, it’s shocking that Nick Saban’s Alabama Crimson Tide is not the number one winningest college football program in history, but that doesn’t mean they’re not to be considered the absolute best college football program in NCAA history. Under Nick Saban’s rule, playing Alabama is almost unfair to opponents given how easily they make dominating on the football field look like. With a whopping 18 official national titles under their belt, Alabama has proven time and time again that when it comes to dominating the NCAA football world, they’re the masters of it all.

Of course, with having such a triumphant college football program, the NFL has enjoyed having some of the best former Crimson Tide alumni play in the pros with guys like Ken Stabler, Joe Namath, Ozzie Newsome, and more recently guys like Julio Jones, Derrick Henry, C.J. Mosley, and Quinnen Williams to name a few, all dominating in the pros. 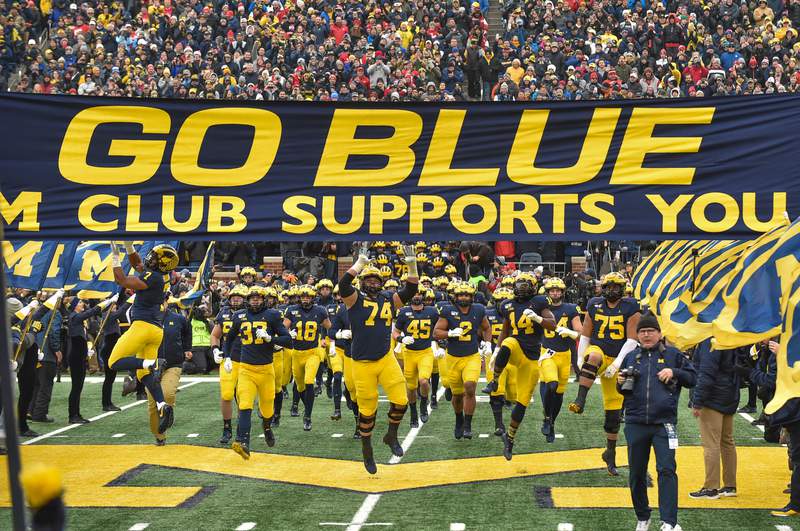 With a total of 969 wins under their name since their first official season in 1879, the Michigan Wolverines top off our list for winningest college football programs in history. The Wolverines, who have a total of 11 national titles to their claim, have always been one of the most important and relevant football driven schools in the US and while they have fallen on some hardship in the past few seasons, 2021 has proven to be one where the Wolverines are starting to get their groove back.

Players like the bonafide GOAT of professional football Tom Brady, the great Charles Woodson, Anthony Carter, Ty Law, and Steve Hutchinson have all donned the Michigan Wolverines uniform and have gone on to have incredible careers in the NFL, making Michigan one of the best programs to develop players ready for pro stardom.