With all the news to cover — coronavirus, Trump’s controversial $4.8 trillion federal budget proposal for 2021, the New Hampshire primary — instead what’s trending is whether Trump’s orange visage is make-up or self-tanner. To be fair, this topic has fascinated people waaaay before this last photo taken this week made the rounds. In it, you can clearly see the demarcation line on Trump’s face. Here, take a look for yourself. 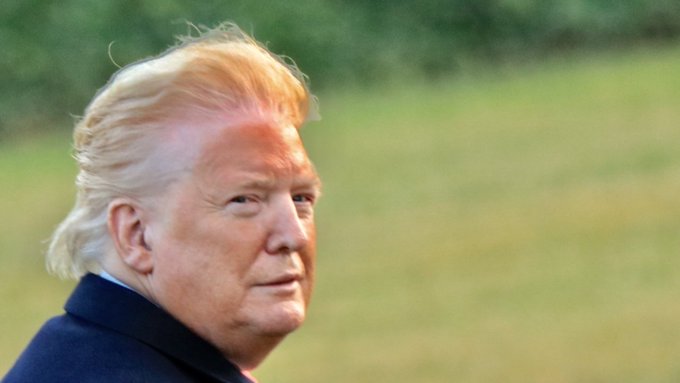 Trump immediately clapped back: “This was photoshopped, obviously, but the wind was strong and the hair looks good? Anything to demean!,” Trump wrote on Twitter. 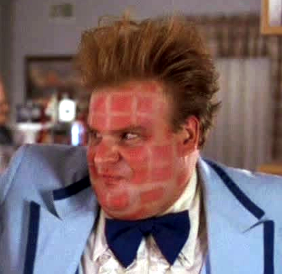 We already know how sensitive Trump is about his appearance, remember when blamed he energy-efficient lightbulbs for his orange ‘glow’?

“The new lightbulb costs five times as much, and it makes you look orange. And I was more interested in the orange than I was in the cost,” he said at a campaign rally in Milwaukee in January. 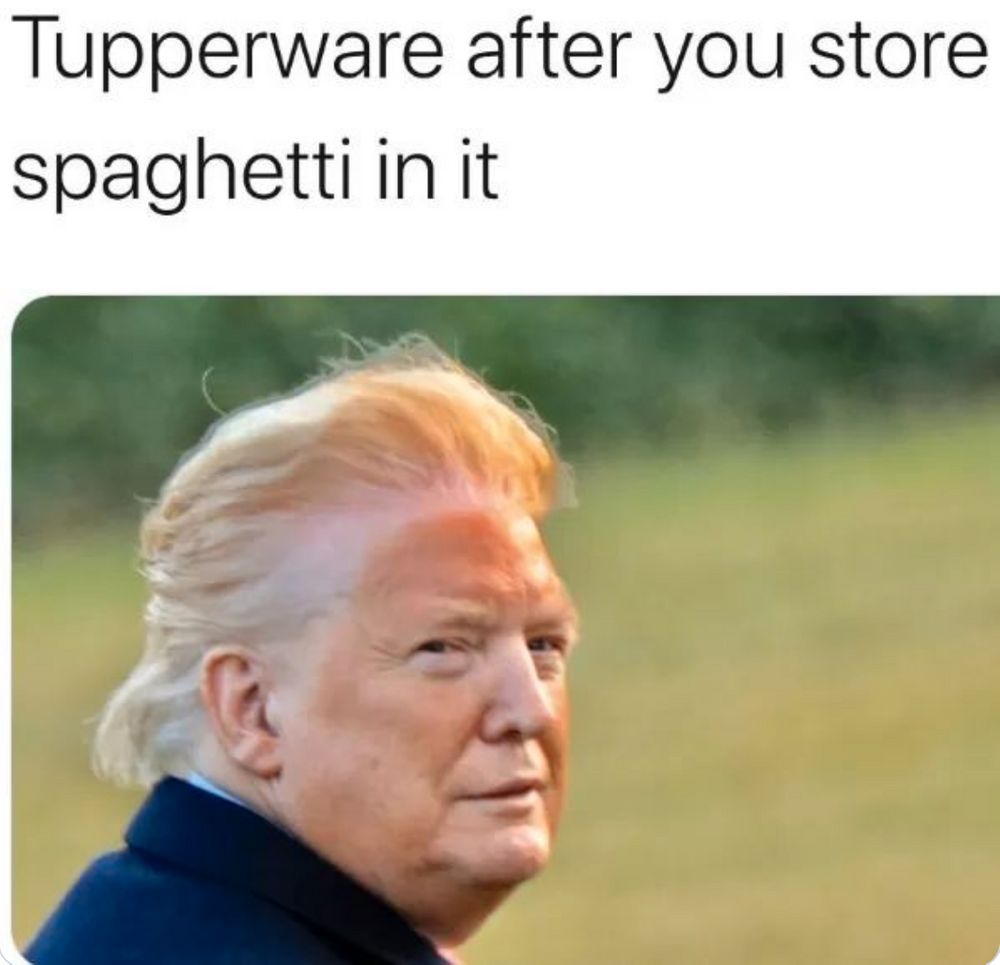 After a slew of insults from the President, Michael Bloomberg shot back:

“The President lies about everything: his fake hair, his obesity, and his spray-on tan.” 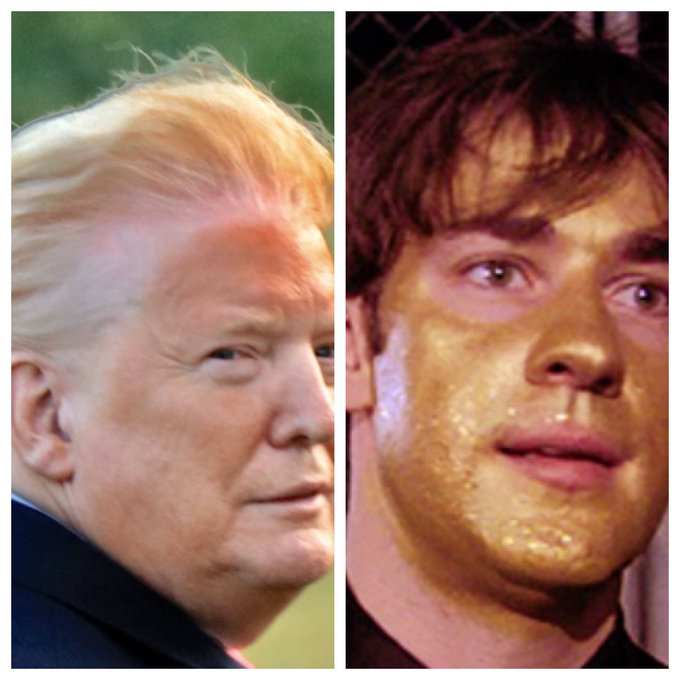 Meanwhile, the White House weighed in on this world-shaking issue, saying that his orange sheen is the result of “good genes” and some “translucent powder” that the President applies himself before television appearances. Uh-huh. 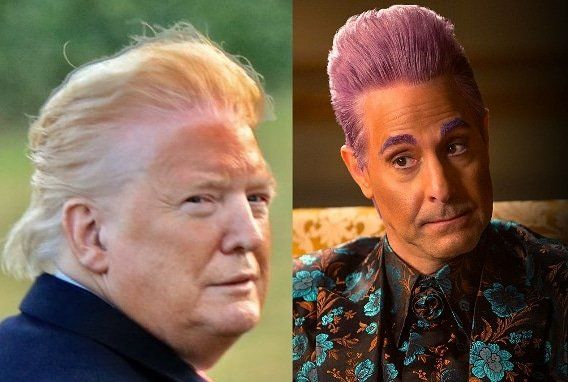