Beef jerky and biltong have been around for a significant period of human history. This type of cured meat came from the need to preserve cuts of beef over long periods. It’s now utilised as a delicious snack by many, with traditional jerky being the most popular and biltong slowly gaining more popularity.

Traditional jerky was a form of preserving meat utilised by south American tribes originally from the ancient Inca empire. Biltong jerky originated from South Africa and is produced with beef, ostrich, or antelope. The people of Africa began to store and preserve meat when livestock was plentiful with techniques involving salt, brine or vinegar. 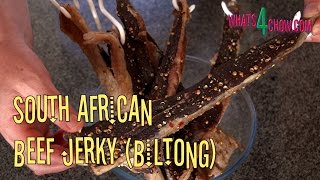 Both traditional jerky and biltong jerky are beloved snacks for campers, hunters and those of us who need a savoury, healthy high, protein snack. Because they are preserved, they are easier to send around the world and store for long periods. Let’s learn more about how this versatile and nutritious snack is made.

Making beef jerky or biltong is relatively simple but can be time-consuming. The exact process is used to make this snack at home as it is in a commercial kitchen or factory; the only difference is the scale and efficiency. We can simplify this into five key steps: slicing, marinating, laying, cooking and packaging.

The ingredients required will depend on personal preference, with some also opting for different types of meats if beef isn’t your favourite. We can split these into meat, liquid and dry ingredients:

For Biltong, the ingredients are a bit different; we usually use the following ingredients: 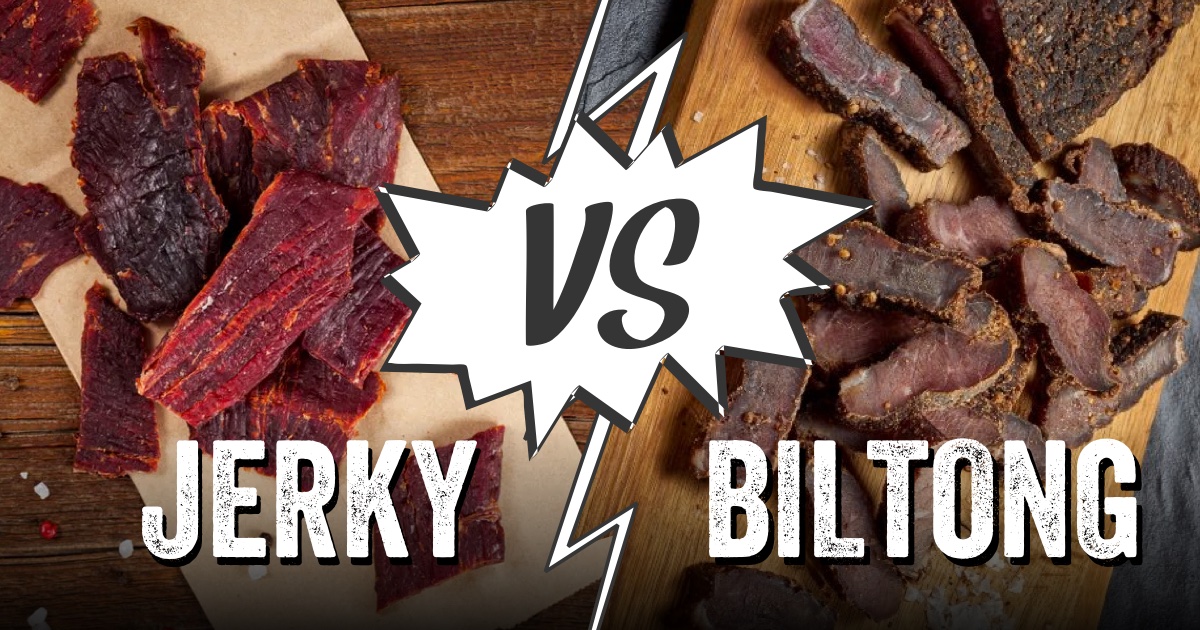 The first step is slicing your beef; the most common cuts are Top Round, Flank Steak, London Broil, Top Sirloin, Sirloin Tip, Round Roast, Bottom Round, and Rump Roast. It is best to start with a lean cut; We must trim all fat from the meat. This helps the beef dry faster. Biltong typically uses thicker fattier cuts, so ensure you’re making biltong not to cut the pieces too thin.

You must slice the meat against the grain; this helps break down the natural fibres of the meat, creating optimal chew and bite. This can be done using knives, hand slicers or a slicing machine.

The second step is marination; dry and moist ingredients are used to season the jerky. During the marinating process, you can afford to be the most creative. Let the meat marinate for a sufficient time so the flavour can penetrate the meat.

Unlimited combinations are available for jerky, similar to marinating your favourite cuts at home. Let the jerky marinate as long as possible if you want a more nuanced level of flavour.

The most common ingredients include salt, freshly ground pepper, paprika, red pepper flakes, brown sugar, garlic powder, Worcestershire sauce and soy sauce. Some brands can get creative and use cajun like this excellent example of Australian beef biltong.

The third step is laying the jerky; this is important as you prepare the jerky for cooking and drying. You must ensure that there is space between the jerky and that they are laid out evenly. Doing this will ensure that the meat cooks evenly and you’re not left with undercooked beef parts.

The next step is to cook the jerky or hang the biltong. It is recommended to make the process low and slow. It will be the same whether commercial ovens or home food dehydrators. When working with meat products, food safety is paramount. 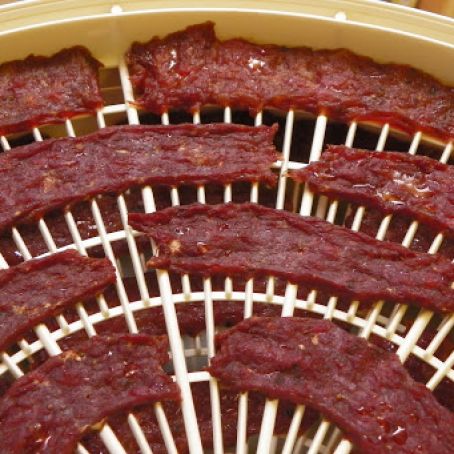 Typically the cooking and drying process happens simultaneously, but some distinctions exist. When cooking, you want to ensure that all the pathogens and bacteria are killed. We do this by hitting an internal temperature of 160 degrees Fahrenheit; when this is done, the jerky is safe to eat.

Drying the jerky guarantees that it is dried and shelf-stable. This is determined when the water content of the meat reaches an acceptable level for long-term storage. The jerky must be cooked anywhere from 2.5 to 8 hours, depending on the thickness of the meat—the temperatures range between 165 and 185 degrees Fahrenheit.

To be shelf-stable, the jerky should reach a water activity of <0.85, extending the item’s shelf life. The consistent hot temperature and low humidity will create a shelf-stable jerky that requires no refrigeration.

When making biltong, typically, we don’t cook and dry. Instead, the meat is hung for up to four to seven days on average once the biltong is sufficiently dried, it’s ready to eat, a much simpler process than cooking jerky. 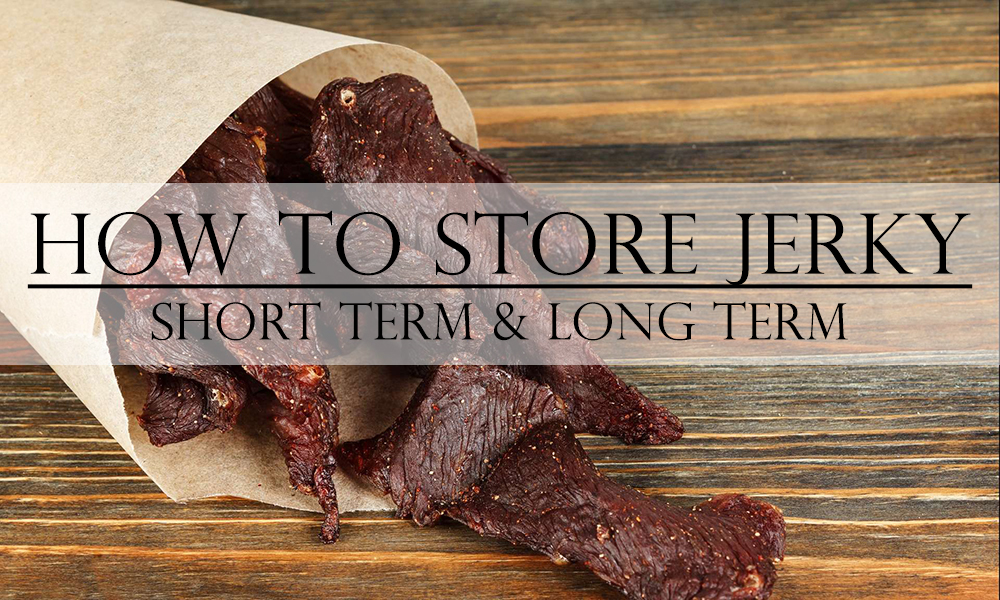 This is the most straightforward part of the process but must be carefully administered. After production, it must be stored in some sort of airtight container, helping it to keep fresh. When packages are opened, the moisture level determines their need for refrigeration. If the item is dehydrated, it won’t require refrigeration. As a general rule, you should ensure the jerky doesn’t come in contact with any air, as air is the enemy of fresh beef jerky. It is recommended to keep them in airtight cupboard storage.