Instead of dismissing the charges against Trump’s former national security adviser Michael Flynn — as recommended by the A.G. William Barr — a court-appointed attorney and former judge recommended today that Flynn should be charged with perjuring himself. 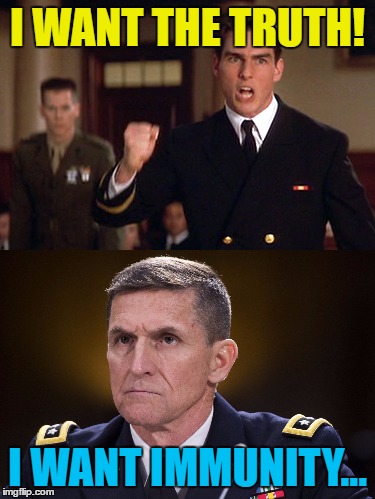 It’s an open secret that Trump wants Flynn’s charges dropped and has clearly pressured Barr to do his bidding.

But the judge in the case cautioned ‘Not so fast!” and appointed former Federal Judge John Gleeson to review the request to drop all of the charges.

“There is ample evidence in the record that Flynn committed perjury in these proceedings, which would support the issuance of an Order to Show Cause to commence such a prosecution.
I respectfully recommend, however, that the Court instead consider this conduct in fashioning the appropriate sentence for the false statement offense to which the defendant has pleaded guilty. This approach — rather than a separate prosecution for contempt — aligns with this Court’s previously stated intent to treat this case, and this defendant, in the same way it would any other.”