Billionaire pedophile — and good friend of Donald Trump — Jeffrey Epstein was arrested over the weekend for allegedly sex trafficking dozens ‘of minors in New York and Florida between 2002 and 2005.’

For years, it’s been an open secret in certain circles that the 66-year-old lured very young women — even transporting a 14-year-old over state borders —  from his place in N.Y. to his mansion in Florida.

This comes 12 years after the FBI-NYPD Crimes Against Children Task Force tried to make a molestation charge stick after he was found to have sexually abused dozens of underage girls in Florida. 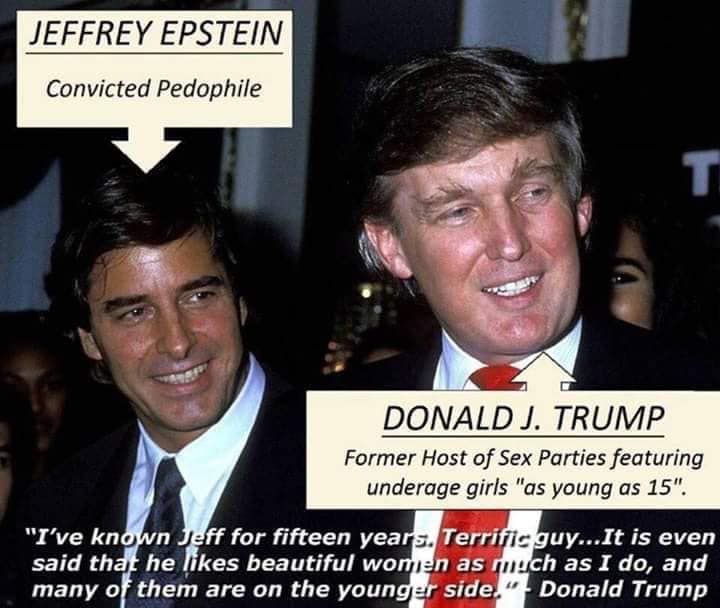 It’s been a long time coming—it’s been too long coming,” said attorney David Boies, who represents Epstein accusers Virginia Roberts Giuffre and Sarah Ransome. “It is an important step towards getting justice for the many victims of Mr. Epstein’s sex trafficking enterprise. 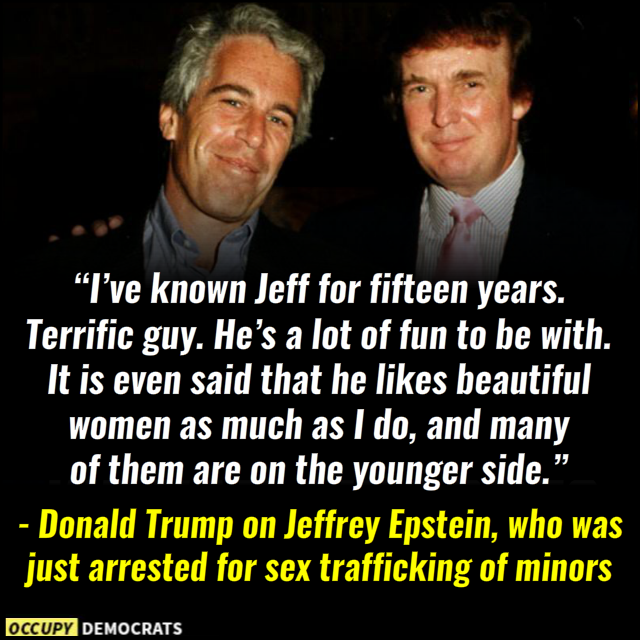