In Venice, at this time of the year, there is always some flooding but nothing like what is happening this week. The Prime Minister called for a State of Emergency so they can use funds to start repairing some of the damage.

Calling it a ‘blow to the heart of our country’ the governor said Venice was facing ‘total, apocalyptic devastation’ after the flooding. ‘I’m not exaggerating – 80 percent of the city is underwater, the damage is unimaginable,’ he said.

Millions are needed just for the historic St Mark’s Basilica alone and for the only the second time in history the church crypt has flooded. 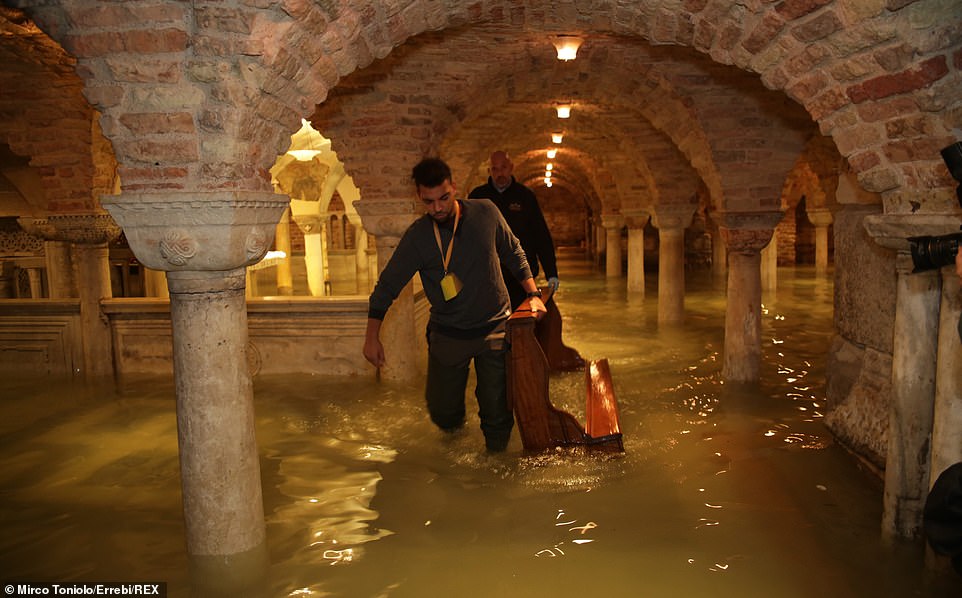 The mayor said the floods were ‘the effects of climate change’ and that a flood plan — fittingly named the Moses plan– that has been in the works for years needs to be finished.

This  ‘Moses’ plan involves 78 moveable gates under the sea that can be raised to protect Venice’s lagoon during high tides, but many locals grumbled that corruption had stalled the project.

‘They’ve done nothing, neglected it. It doesn’t work and they have stolen six billion euros. The politicians should all be put in jail,’ said local Dino Perzolla, 62.

Schools remain closed as do most tourist sites.