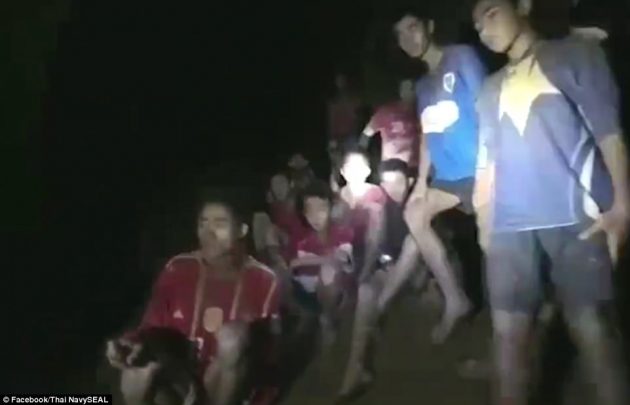 The world breathed a collective sigh of relief when the twelve Thai boys aged 11-16 and their football coach were found in Thamg Luang cave in Chiang Rai after nine days. Now the problem is how to get them out as most of the team can’t swim let alone dive to get out of the watery cave. Some experts are suggesting that they’ll have to wait months for the water to go down.

Meanwhile, navy divers are bringing in food – sealed in pouches – and two Thai Navy doctors have volunteered to stay with the trapped school boys until they can be brought out to safety. 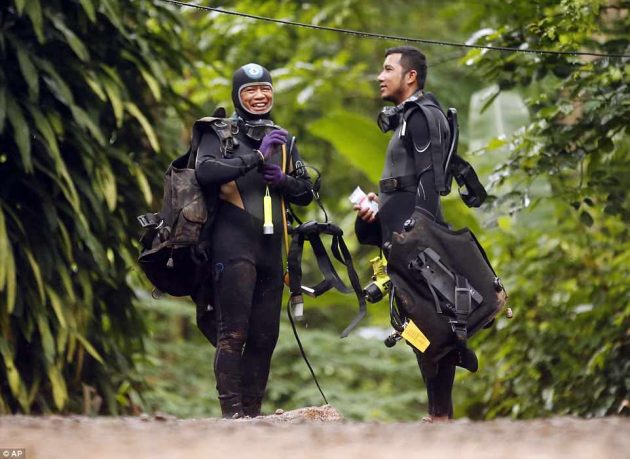 On the Today Show, Ben Reymenants, a Belgian cave diver who is part of the international team  said that he was ‘very surprised obviously that they are all alive and actually mentally also healthy.’

He added: ‘They are actually quite responsive…but they are very weak and very skinny.

Reymenants said of those trapped in the cave and the rescue mission: ‘They can’t swim, so they definitely can’t dive…The easiest [option] would be that they [people trying to rescue those in the cave] keep pumping the water out of the cave.

‘They need another three or four feet so they can literally float them out with life jackets, but time is not on their side. They’re expecting heavy thunderstorms and rain which might flood the entire cave system, making the rescue impossible at that stage.’

As anxious families wait at the surface, phone lines are being installed (floated) into the cave so the young boys can talk to their parents. 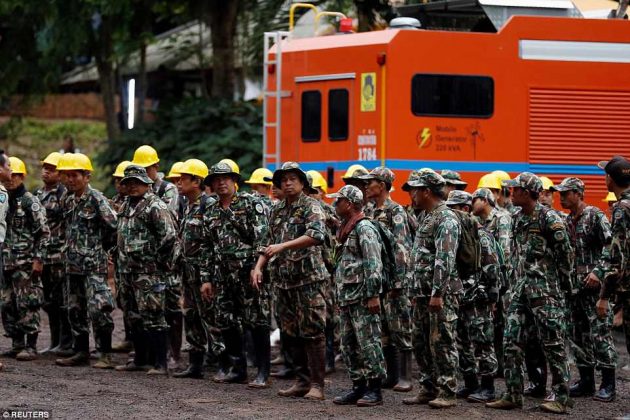