Another Supreme Court defeat for Trump: Nevada’s Supreme Court unanimously tossed out Trump’s demand to overturn Joe Biden’s victory in a late-night ruling and says the president offered NO ‘substantial evidence’ of fraud. Quick reminder:  Legal officials in PA, WI, GA, and MI have already dismissed the lawsuit, saying it has no merit.

Trump is racking up the State and Federal court cases but Tuesday was the ‘safe-harbor deadline’ for states to resolve disputes arising from the election. 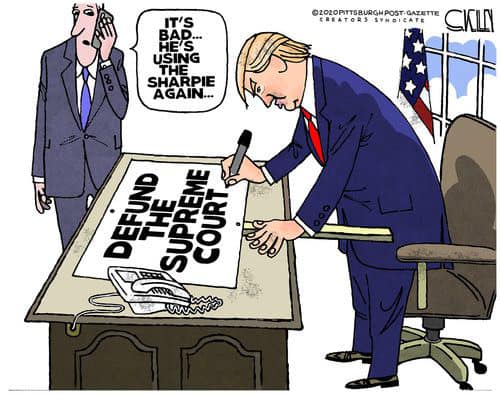