President Trump claimed Friday that it was illegal for House Speaker Nancy Pelosi to tear up his State of the Union speech.

‘She broke the law,’ Trump told reporters gathered outside the White House as he left on a day trip to North Carolina. ‘It’s an official document, you’re not allowed, it’s illegal what she did.’ 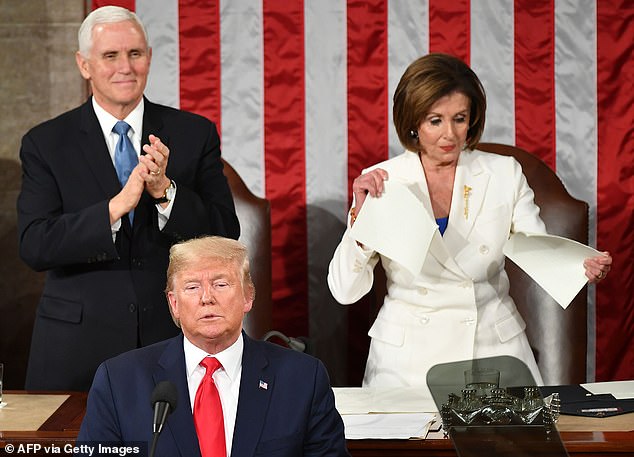 ‘I thought it was very disrespectful to the chamber, to the country,’ Trump went on. ‘I got very high marks on the speech,’ he added. (We’re not sure who gave his speech the thumbs up.)

Experts weighed in, saying Pelosi did not violate the law because her copy of the president’s speech wasn’t ‘technically a government record. ‘

‘Her copy of the State of the Union address is not a government record or government property at all,’ Douglas Cox, a professor of law at the City of New York University of Law told Politifact. ‘It is personal property.’