The first time I visited Johannesburg, in the mid-’90s, it was bordering on a policeless civil warzone, with carjackings, kidnappings, house invasions, and murder rates off the charts, it was utter chaos and turmoil.

For a while, it seemed that Johannesburg was a write-off and that it would never be able to sort out its myriad of social, racial, and extreme economic disparity issues. However, I’m so incredibly happy to say, that’s not the case–and, although Johannesburg probably still isn’t a place for the unseasoned traveler, it’s a totally rad destination for those looking for a vibrant, pulsing, sensory overload in one great sprawling city. 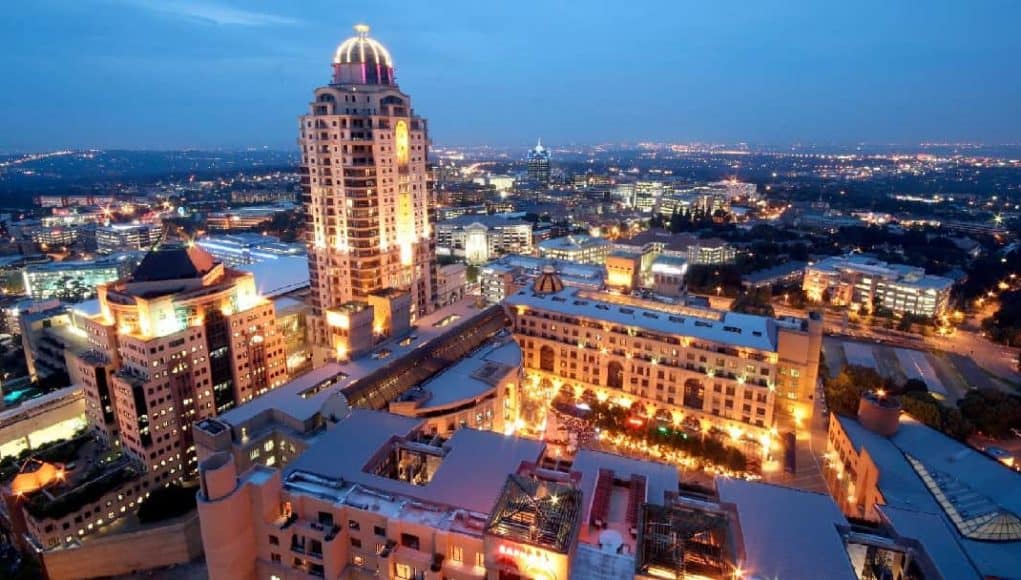 Jozi, or E’Goli as locals call the city of gold, is often overlooked for more “scenic” destinations in South Africa, like the stunningly gorgeous Cape Town, Durban, or Stellenbosh, but, although Joburg can’t match the vistas, it more than makes up for it with the culture, music, art, and vibe.

Johannesburg ain’t pretty, there’s no getting around that, the former mining city is a straggling mix of skyscrapers, swanky gated communities, giant shopping malls, townships such as the vast Soweto, mid-level communities, freeways, and the world’s largest urban forest.

But, there’s so much more too, as it’s a city that has real heart and soul.

No trip to Johannesburg would be complete without a visit to the Apartheid Museum. The abhorrent and repulsive regime was in effect from the 1960s right up until 1994, but the practice of racial segregation was in place from before 1948–forbidding social interaction between the races, authorizing segregated public facilities, establishing separate educational standards and living areas, restricting each race to certain types of jobs, curtailing nonwhite labor unions, forcing blacks and “coloreds” to carry a “passbook” with them at all times, and denying nonwhite participation (through white representatives) in the national government. 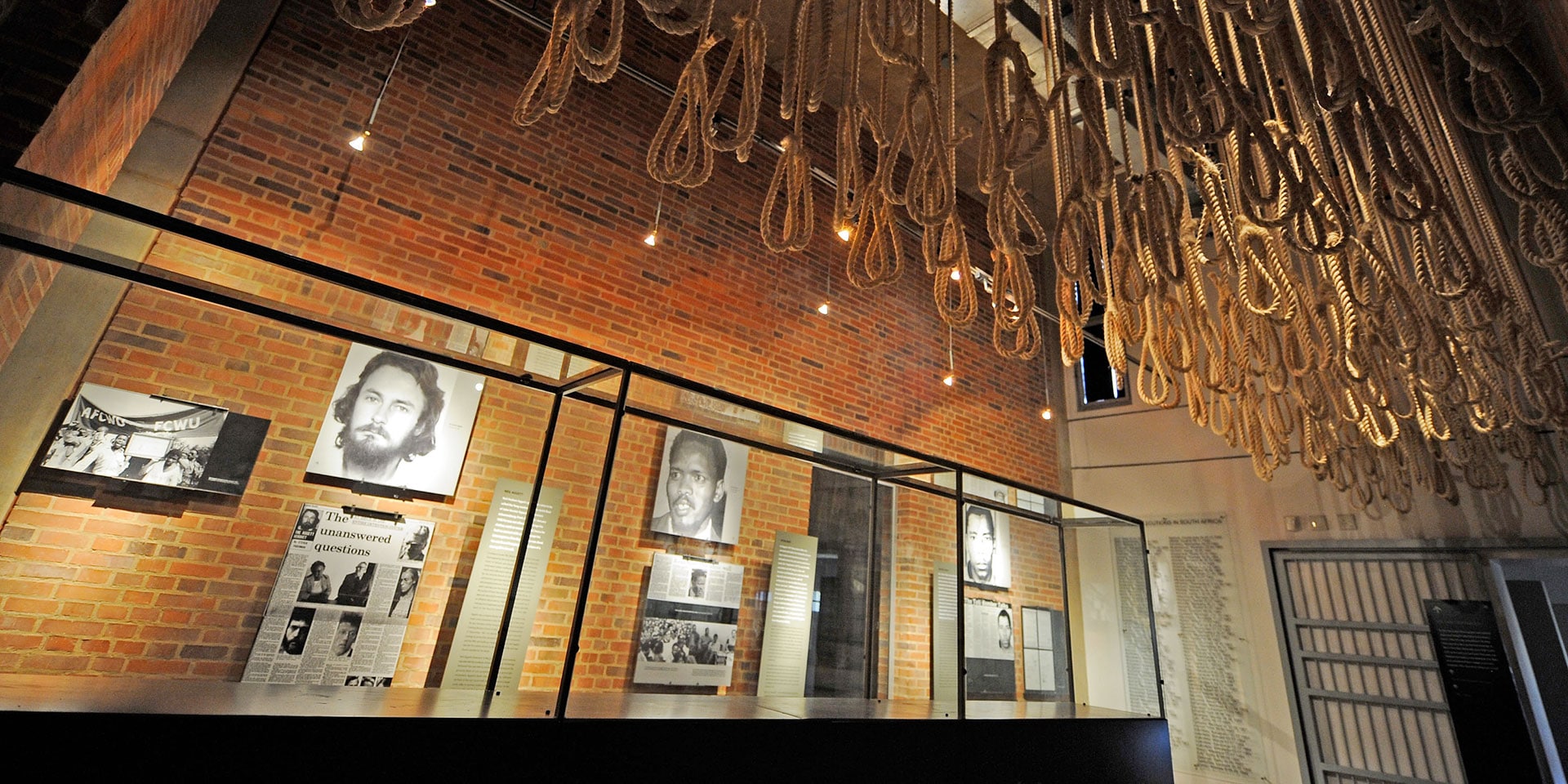 When Nelson Mandela came to power he promised a new “rainbow nation” but not surprisingly, apartheid’s entrenched social and economic effects are still visible to this day. Madiba’s policies initially made a difference raising the rate of people living in poverty from half of the population to a third, but in recent years South Africa has struggled sadly, with more blacks (and whites) falling back into poverty. 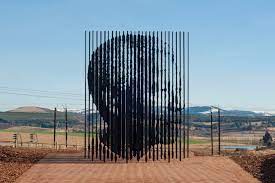 The Apartheid Museum helps visitors understand why South Africa continues to engage in a one-step forward two steps back dance, laying bare the ugliness and damage the brutal regime wreaked on South Africa, for all shades of people, and offering insight into why the wounds are still raw and gaping.

Usually, I’m firmly against “slum tourism” but nowadays Soweto is far from a “slum”. The biggest township in South Africa still has plenty of corrugated iron makeshift shacks but it also has its own share of big, modern comfortable houses. 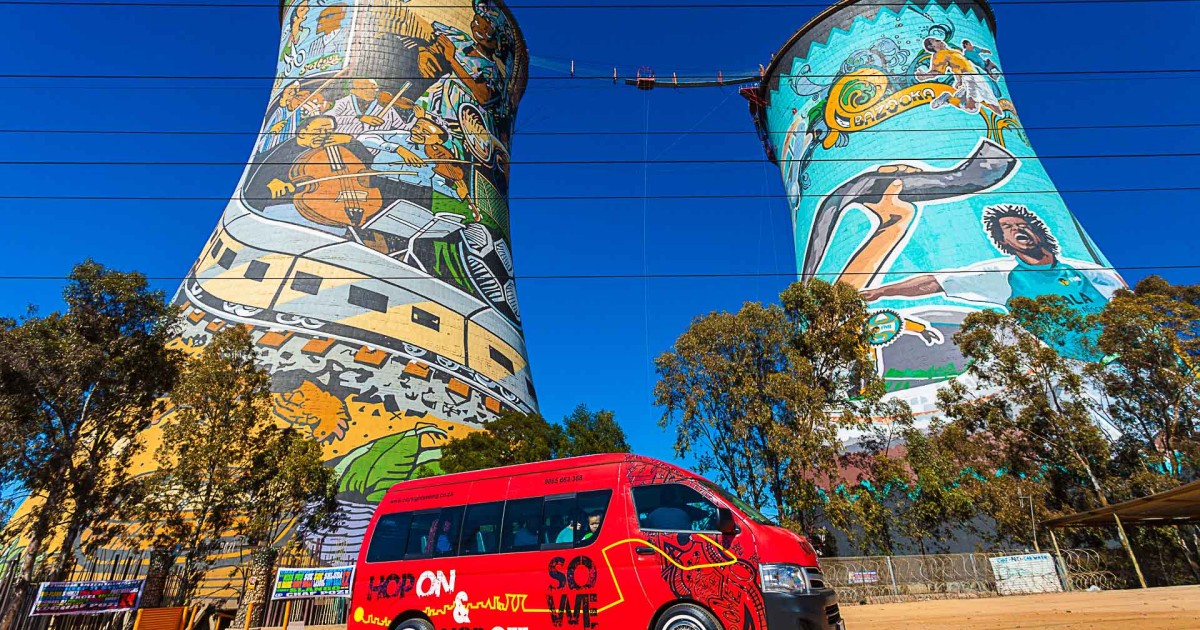 With a population of 1.3 million, Soweto made it onto the map after it hosted the 2010 FIFA world cup finale and closing ceremony, and there’s no better place to learn about the harsh reality of life that’s still the norm for many of Johannesburg’s black citizens.

People are surprisingly friendly and welcoming to visitors and there’s plenty to do and see: visit Vilakazi Street where Nelson Mandela lived with his wife and family which is now a museum; see the home of the wondrous Desmond Tutu who still lives in Soweto, and check out the Hector Pieterson memorial and museum.

The best way to visit Soweto is via one of the many paid guided tours, ensuring you learn the full history of the vibrant township that in many ways is the beating heart of Jozi.

Joburg is home to Sub-Saharia’s largest art museum. The Johannesburg Art Gallery is located in Joubert Park and it has over 9,000 paintings and sculptures positioned throughout its halls and beautifully manicured gardens. 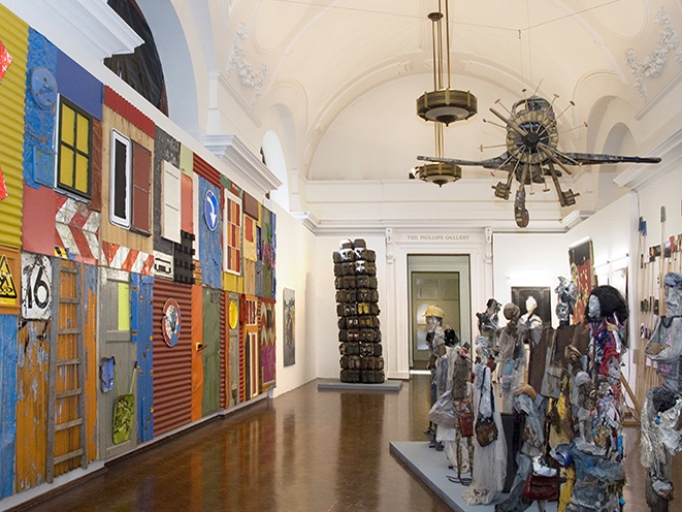 Exhibits, created by international and local artists, date back to the 15th century and include works by Picasso, Dail, and Rodin, in addition to local talents such as Walter Battiss, Gerard Sekoto, and JH Pierneef.

If you get the chance to visit the Cradle of Humankind, how could you turn it down? It’s believed to be the place where humankind first began FFS!

The Cradle of Humankind is a UNESCO World Heritage site, and it’s about a 40-minute drive from downtown. In addition to the scenic beauty, you can go to the Maropeng Visitor Center, and see the first-ever hominid fossil, an Australopithecus Africanus, which was found in 1924.

The pre-human skull dubbed “Mrs. Ples”, and a near-complete hominid skeleton called “Little Foot” were also discovered in the area, but if you get sick of all that history shizz you can also kick back and enjoy a mini-safari at the nearby lion, cheetah, ostrich, antelope, and giraffe animal sanctuary.

Get Your Hipster On

Believe it or not, Jozi has its own version of Brooklyn’s super-hip Williamsburg–well, same same but different. Packed full of bearded hipsters, coffee houses, cool bars, restaurants, unique boutiques, shops, hopping nightlife, and art galleries, the Maboneng Precinct in downtown Joburg is a must-go.

Sundays and the first Thursday of every month are the busiest days to visit, with a bustling street market and opportunities aplenty for some amazing people watching. 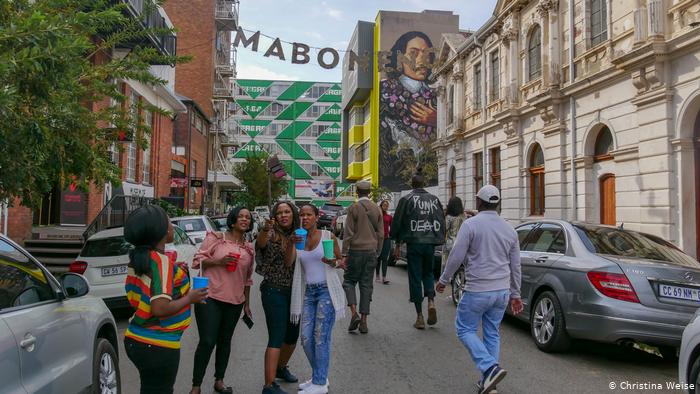 While you’re in the area be sure to check out all of the amazing street art that daubs the walls everywhere then stop in for a cocktail or two and enjoy the live music at Pata Pata, a cool joint with decor inspired by Johannesburg’s original jazz haunt, Sophia Town.

A trip to Johannesburg also isn’t complete without a visit to one of the many former gold mines that are dotted around the edges of the huge city.

Gold Reef City is one of the largest and most popular old mines to visit. Now a theme park and casino styled around the gold rush of the late 1880s, you can take a tour of an old disused gold mine, stroll around the old mining community and tour the little houses dotted about, and then get the endorphins flowing by jumping on one of the 18 fist-clenching rollercoasters and water rides. 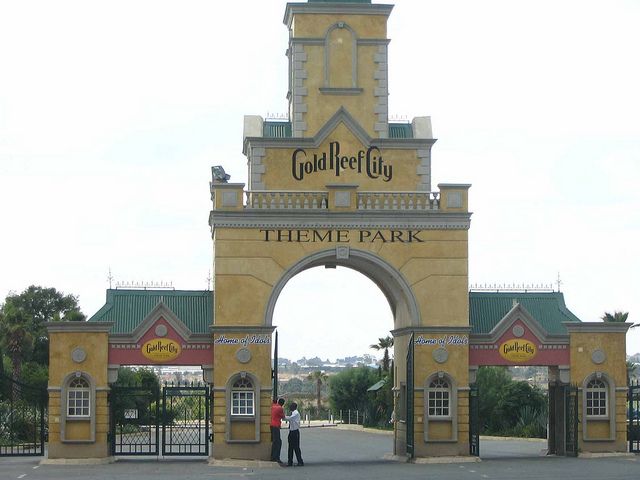 A trip to Constitutional Hill offers some of the best insight into Johannesburg’s troubled and brutal history.

It’s home to a former prison for “colored” inmates, that was infamous for its horrendous human rights abuses and barbarous treatment of political prisoners and criminals alike. Nelson Mandela and Mahatma Gandhi are amongst some of the most famous prisoners held at the former facility that overlooks the sprawling city.

[Interesting fact: Nobel Peace Prize winner, Nelson Mandela was unable to cry as his tear ducts were burned out when he was forced to mine lime for hours on end, without protective eyewear, at Robben Island prison in Cape Town.]

Constitution Hill also houses the Old Fort museum (where the whites-only prison was located), the Women’s Gaol museum, and the fascinating Number Four museum. In a nod to progress, the old “Awaiting Trial” building that was located in the area is now the Constitutional Court of South Africa. 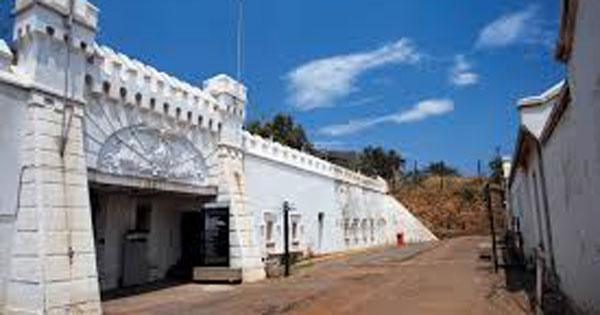 The great Madiba sums up the heart of Johannesburg perfectly in his own words, “Do not judge me by my successes, judge me by how many times I fell down and got back up again.”

Jozi may have a long way to go still, but it has already come so far.