In Forbes ’50 over 50′ heady list, VP Kamala Harris landed the #3 spot, right after  Christine Lagarde, president of the European Central Bank, and the German chancellor, Angela Merkel, who made the top spot for the 10th straight year, in the 2020 list published this week. (To give you an idea, Britain’s Queen Elizabeth was just 46th on the list.)

The list was created in partnership with MSNBC host Mika Brzezinski, 54, a perfect choice for the job. 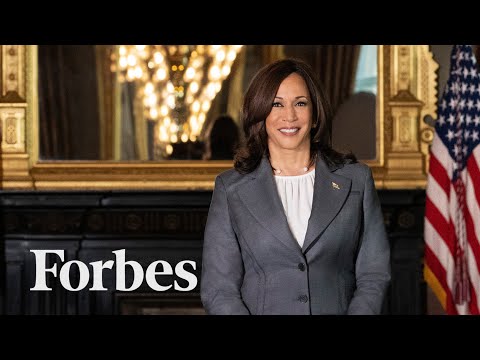 In her sit-down interview, MS. Harris told Brzezinski that she had always been told ‘NO’ growing up.

‘I eat ‘no’ for breakfast,’ the vice president said when asked about ever thinking she would achieve such success in her lifetime in her interview.

‘So have I been told many times during my career things from ‘oh, you’re too young, it’s not your turn, they’re not ready for you, no one like you has done it before.’ I’ve heard all of those things many times over the course of my career, but I didn’t listen,’ she continued.

We expect she’ll also be the first female President of the United States as well.