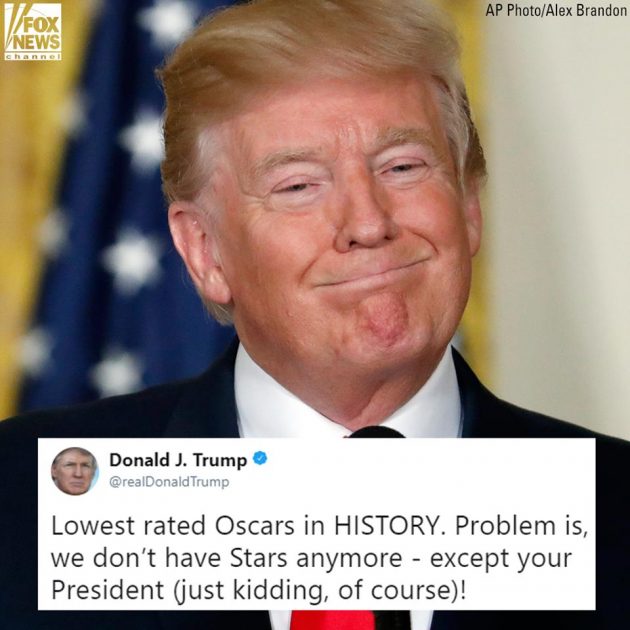 On Tuesday morning, the so-called leader of the free world took time out of his busy day to tweet about the Oscars, writing that the reason for Oscars’ low ratings was: ‘ We don’t have stars anymore — except your President (just kidding, of course.)’

Even though he walked it back and said he was just kidding, with his ego chances are this President believes his claims.

Voters — on both sides — wish the President would think more and tweet less.