Let us set the scene: Mike Lindell, the My Pillow guy, has supported Trump’s ridiculous claims that he won the election and sprouted wildish conspiracy claims, so for fun, Parkland survivor David Hogg tweeted that he would start a ‘progressive’ pillow compny.

Now that tweet is actually coming true after Hogg partnered with software guru William LeGate to create a rival pillow company to prove that ‘progressives can make a better pillow.’ 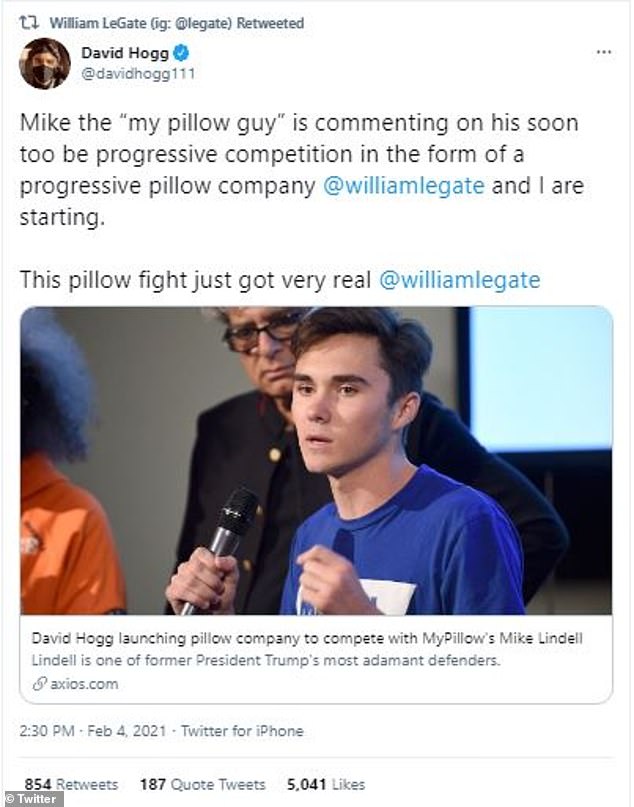 ‘I don’t know about you guys, but I like pillow companies that don’t fund insurrections against the U.S. Government,’ LeGate said in a video posted to Twitter.

LeGate said that the pillows will be similar to normal bedtime pillows ‘but more comfy.’

‘And they’ll allow you to sleep well at night knowing your money is going to support good causes and unionized workers,’ he said.