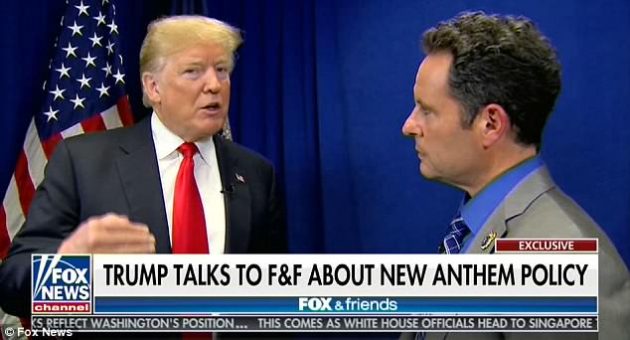 ‘Maybe they shouldn’t be in the country’: Trump said after new rules for NFL players were released. Now, protesting players can stay in the locker room during the national anthem but teams can be fined if players kneel on the field in protest.

Trump reacted with this:

After San Francisco 49ers QB Colin Kaepernick kicked off the “TakeAKnee protest movement by kneeling on the field, Trump exploded and has been very vocal in pushing for firing and fines for players who followed suit.

However, his latest controversial statement where he suggests protesting players should leave the country is kicking up its own controversy, with even NFL team owners complaining about the President’s rhetoric. 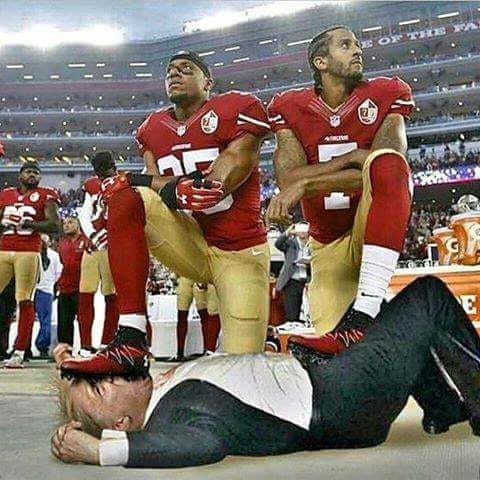