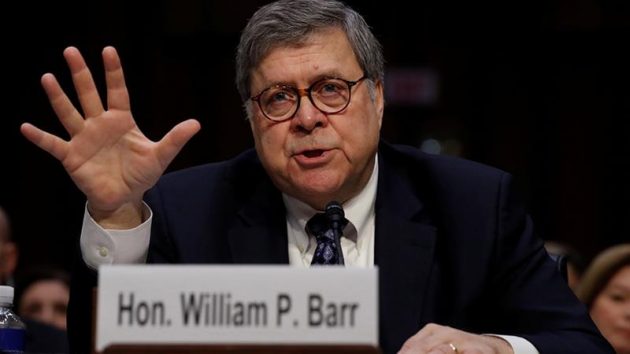 In testimony before Congress, AG William Barr, under pressure from the Democrats, said he will deliver the redacted Mueller report to Congress — and the public — by mid-April. Testifying that he would be ‘transparent’ about the redactions, he refused to say whether he has already briefed the White House on the entire report.

“This process is going along very well and my original timetable of being able to release this by mid-April stands,” he said. “And so I think that from my standpoint, within a week I will be in a position to release the report to the public.”

What would be redacted exactly? Secret grand jury material and ‘intelligence information that might compromise their sources and methods.’