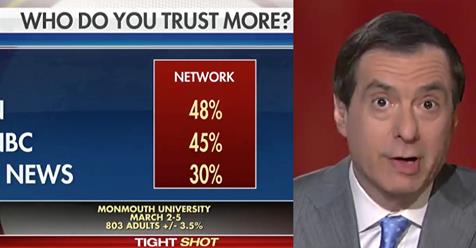 Speaking to a conservative pollster, who warned that Republicans are in ‘ danger of losing both chambers of Congress in this year’s midterm elections,’ Kurtz set up the graphic :

“Speaking of fake news, there is a new poll out from Monmouth University. ‘Do the media report fake news regularly or occasionally?’ 77 percent say yes —.”

“That is not the graphic we are looking for. Hold off,” Kurtz said as he realized the mistake. “Take that down, please.”