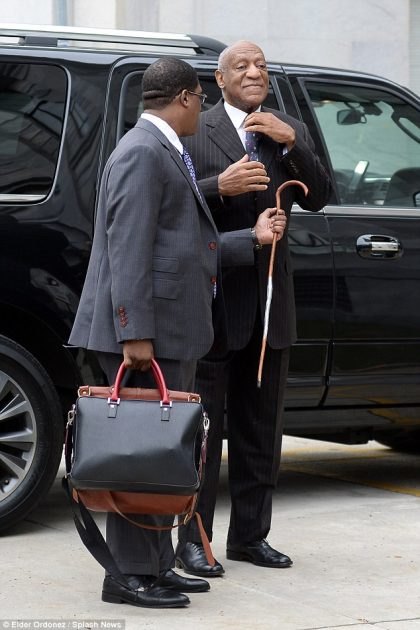 Bill Cosby’s sexual assault retrial in Norristown, Pennsylvania has been delayed as Judge Steven O’Neill after a potential juror was overheard saying, ‘I just think he’s guilty’, and that he simply wanted the trial to be done and over.

As you remember, last year the first jury failed to come to a unanimous verdict on charges that Cosby drugged and assaulted Andrea Constand, 44, at his home outside Philadelphia in 2004 so the case was declared a mistrial.

Now makings news is the topless female protester who tried to accost the actor who had the names of his alleged victims written on her body, plus ‘Women’s Lives Matter’ and ‘Cosby rapist’ scrawled across her breasts.