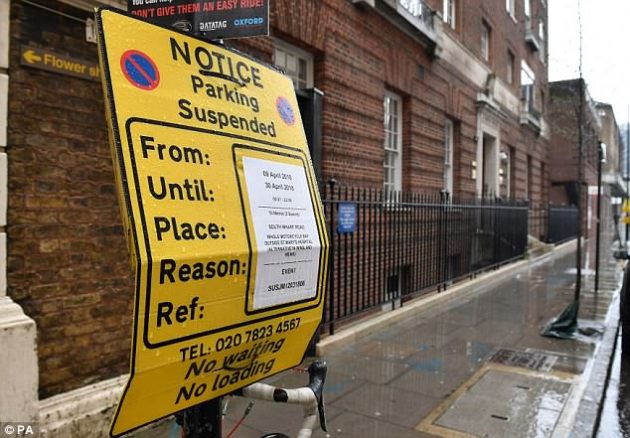 Kate Middleton is expected to give birth sometime over the next three weeks so preparations are underway at St. Mary’s hospital in London. Parking is now suspended outside the maternity wing of the hospital where Kate gave birth to Prince George and Princess Charlotte.

When Kate goes into labour she will be cared for in the private Lindo Wing of St Mary’s Hospital in London, where Prince George and Princess Charlotte were born.

Just in case, 20 medical experts and other staff working or on standby for the Royal birth. Stay tuned. 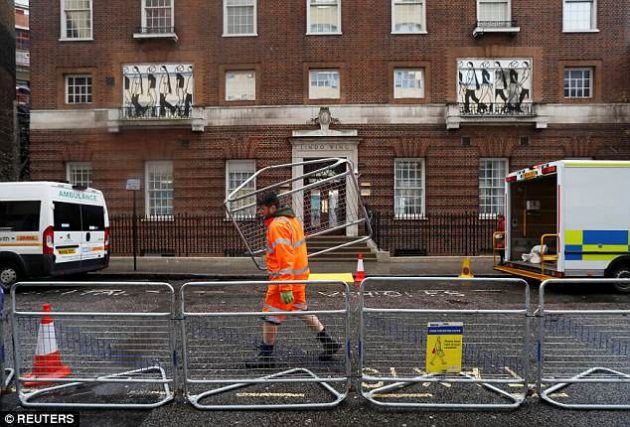 A worker puts up barriers opposite the entrance to the Lindo Wing of the hospital.