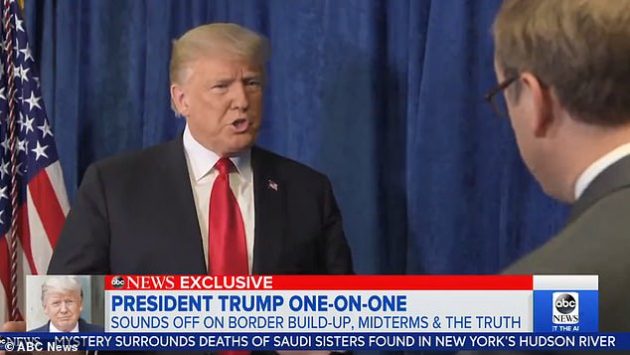 In a jaw-dropping interview with ABC, when asked if he was always truthful, Trump answered with a completely straight face:

‘I always want to tell the truth. When I can, I tell the truth,’ he said adding, ‘I mean sometimes it turns out to be where something happens that is different or there’s a change but I always like to be truthful,’ the president said.

This after The Washington Post fact checker has noted that in Trump’s first 100 days in the White House, he had 492 false claims.

In the same interview, Trump claimed that he migrant caravan headed to the U.S. border was made up of mostly young men and women and children were being pushed to the front ‘just to be photographed.’

This despite the fact that the United Nations estimated there appear to be 2,300 children among the group. 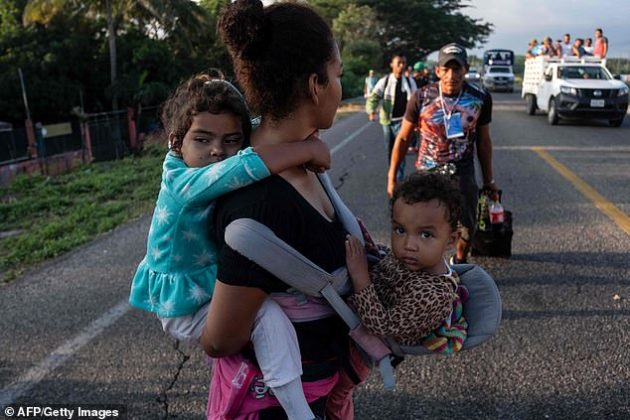