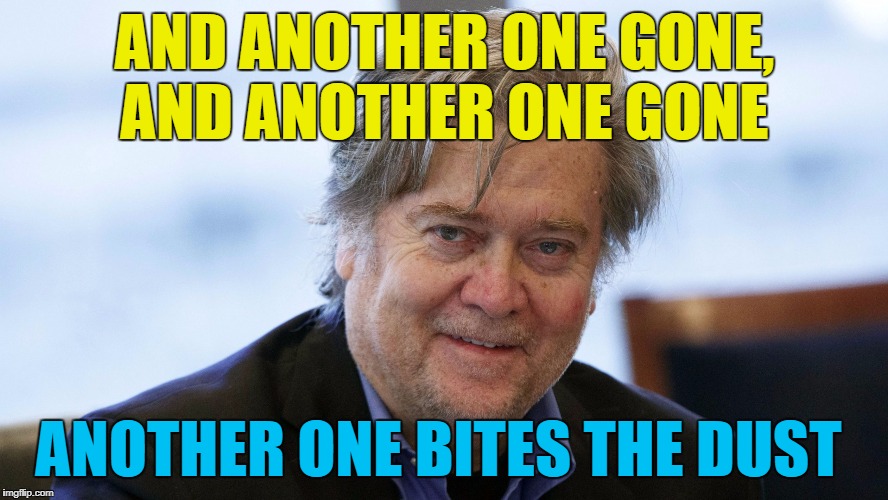 Steve Bannon has gone up in flames. Fired by President Trump, the ‘campaign strategist ‘ returned to Breitbart News in August, but after the inflammatory comments about Trump in the new book ‘Fire and the Fury’ became public, the conservative news website decided they don’t want him either.

Even though Bannon made a desperate attempt to walk back his comments and called Trump ‘ a great President’ Trump was having none of it. Breitbart News obviously decided ‘Sloopy Steve’ was useless to them now and showed him the door.

So ‘Sloppy Steve’ is now out of work. Buh-bye.