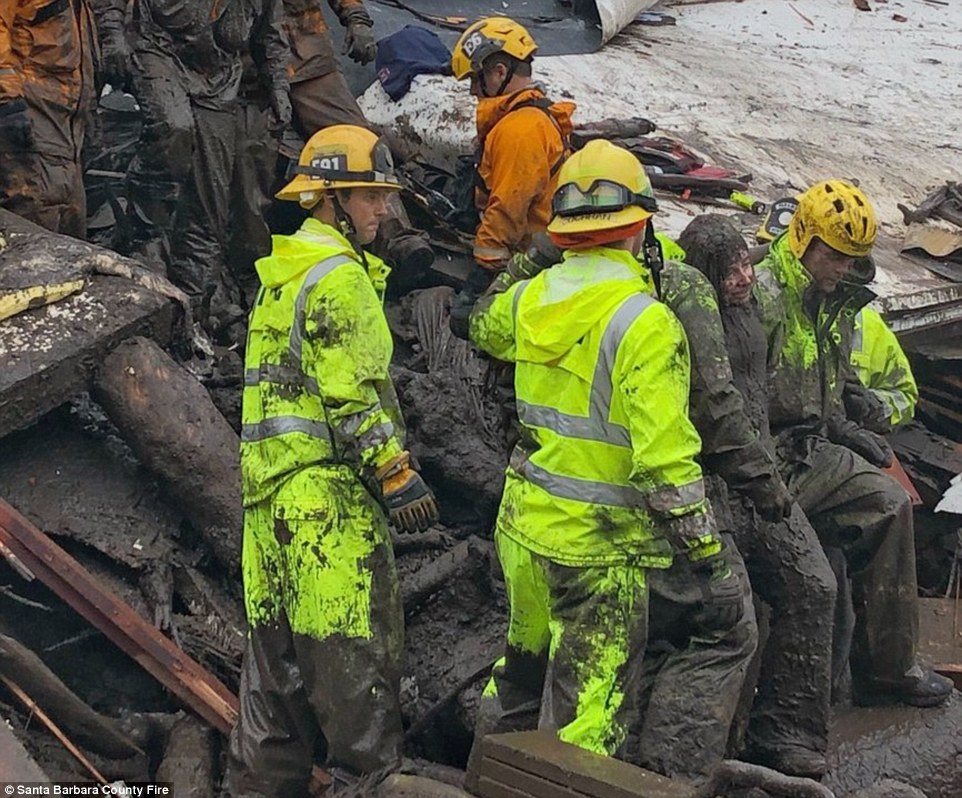 Sixteen people have died in southern California after torrential rain caused mudslides tearing down hills which were ravaged by fires just weeks ago. Santa Barbara has been especially hard hit, with the small celeb-friendly Montecito bearing the worst of the mudslides. Rescue helicopters have been saving people stranded on rooftops. Tennis legend Jimmy Connors Tweeted that he had to be rescued by helicopter. Montecito’s most famous resident, Oprah, reports her mansion is still standing though the area is inundated with mud.

Fortunately, the rains have now stopped and the cleanup mission has already begun. 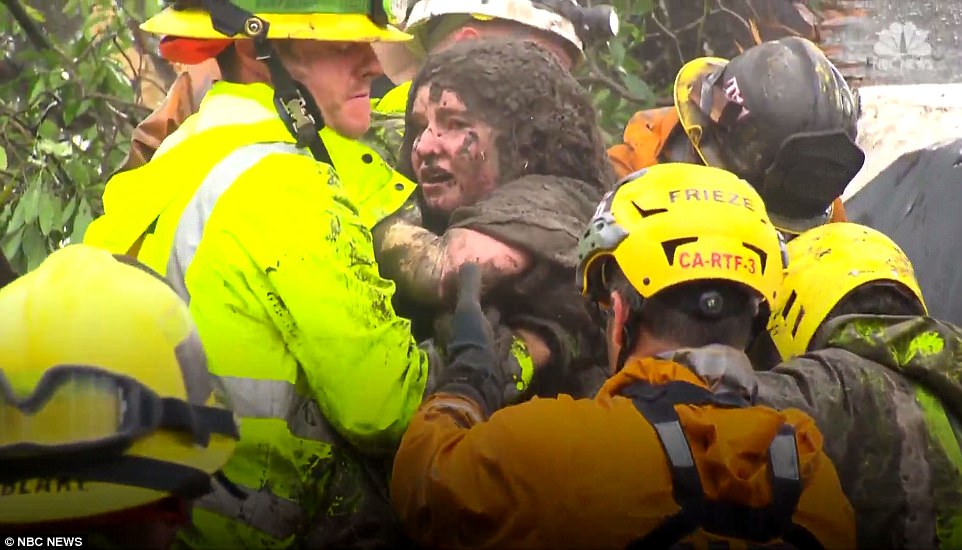 A 14-year-old girl was rescued from the mudslides.