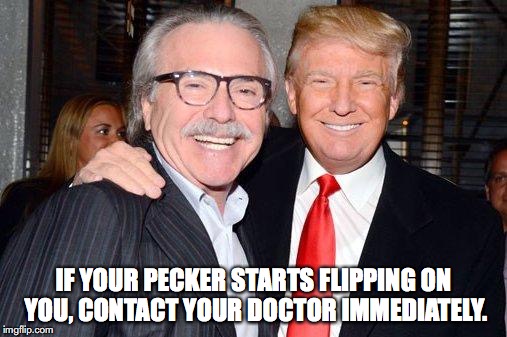 It has just been revealed that President Donald Trump was in the meeting between his ex-lawyer Michael Cohen and David Pecker, the CEO of the trashy National Enquirer when they discussed a payment to various women to keep the candidate’s affairs out of the press.

“AMI admitted that it made the $150,000 payment in concert with a candidate’s presidential campaign, and in order to ensure that the woman did not publicize damaging allegations about the candidate before the 2016 presidential election.”

Now that Cohen and Pecker are cooperating with federal prosecutors the next step could be to indict Trump on breaking campaign finance laws.