This week, Pharrell Williams’ keynote speech at Harlem’s Promise Academy’s high school’s graduation, included a promise of  “A-list internships” to every 2019 graduate at the end of their freshman year of college. That’s 114 students, all of whom are moving on to higher education. 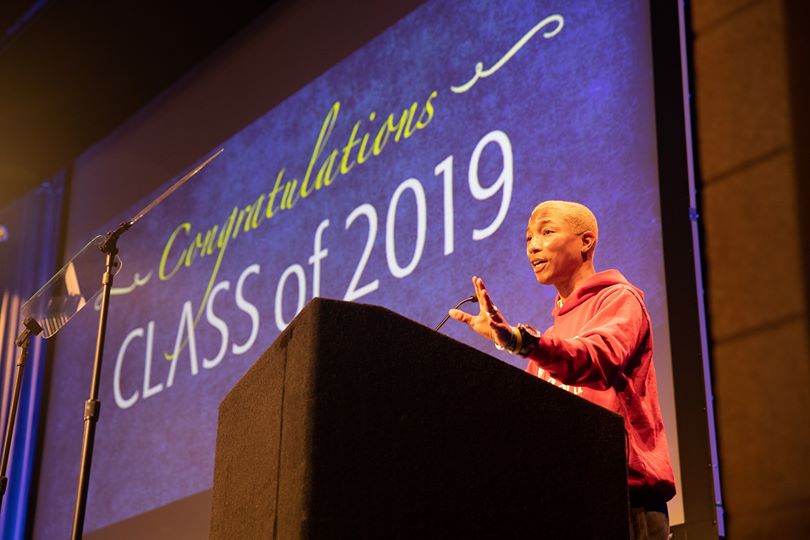 In his stirring speech, Pharrell said:

“The world is watching Harlem, but this renaissance will be different,” Wiliams said in his keynote speech on June 26. “Believe it or not … it’s going to actually be better. The reason why is because the new Harlem Renaissance has education at its core.”

For one student, Brionna Pope, this changes everything.

I was surprised and shocked and relieved,” she told CNN. “A lot of us who were financially struggling … to at least know we had a head start in life because next summer we would be able to get internships and make connections.”

Pope wants to be an animator so Pharrell’s connections hopefully will help her after college get the internship of her dreams:
“I could just get that internship with Pixar, DreamWorks … from any animation company,” she said. “I will know that I don’t have to settle for less.”
We’re ‘Happy,’ too.