Eager to show they support the besieged Ukrainians, people have been pouring Russian vodka down the sink or in the gutter. And a number of US states have said they will no longer be importing or doing business with Russian companies.

‘We have said we’ll open up our hearts, our homes, our resources to the people of the Ukraine, to say, ‘We stand with you,’ Hochul said. 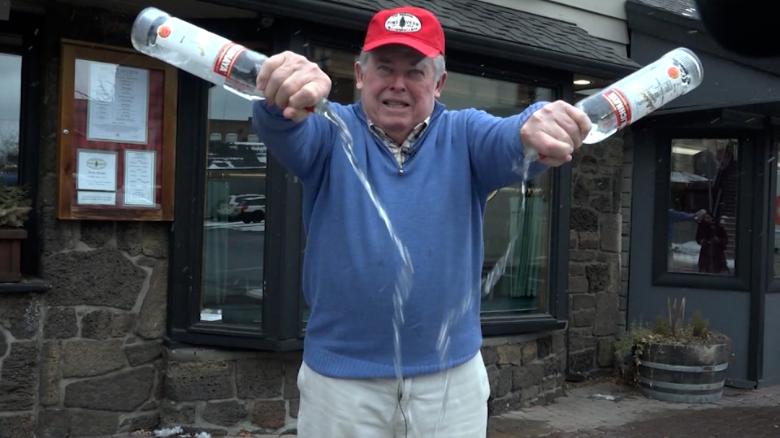 “I’ve asked the members of the Texas Restaurant Association, Texas Package Stores Association & all Texas retailers to voluntarily remove all Russian products from their shelves. Texas stands with Ukraine,” the governor tweeted.

While this won’t likely change much and are mostly symbolic gestures— after all most Russian vodka isn’t even made there — it shows the groundswell of support for the beleaguered nation.