In his heartfelt eulogy for civil rights icon John Lewis, former President Barack Obama spoke eloquently about a man who ‘liberated all of us.’

‘He as much as anyone brought this country closer to our highest ideals. And someday when we do finish that long journey toward freedom, whether it’s years from now or decades, or even if it takes another two centuries, John Lewis will be a founding father of that fuller, fairer, better America.’ 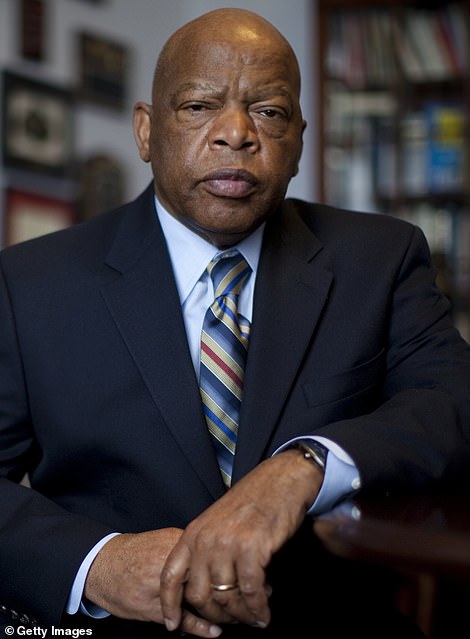 And in a thinly-veiled swipe at Trump, Obama warned:’

Even as we sit here, there are those in power who are doing their darnedest to discourage people from voting by closing polling locations and targeting minorities and students with restrictive ID laws and attacking our voting rights with surgical precision, even undermining the postal service in the run up to an election. It’s going to be dependent on mail-in ballots so people don’t get sick,’ he said.

You can honor the late John Lewis by voting this November.