Apple TV+ just announced they are renewing The Morning Show for a third season.

Reese took to Instagram Stories to celebrate the big news. ‘So excited to bring ya’ll a third season of The Morning Show,’ she enthused. 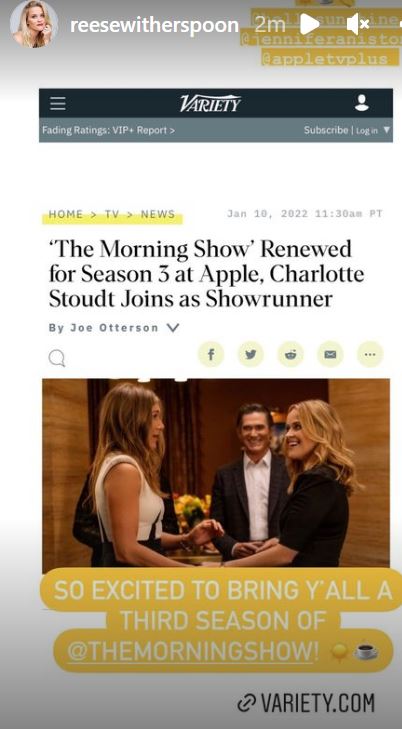