Stormy Daniels’ ex-lawyer, Michael Avenatti, was taken into custody today in New York and charged with extortion. He had tried to blackmail NIKE, saying he had controversial information from a college basketball coach. Reportedly, Avenatti claimed to have proof that Nike had made illegal payments to at least three high school basketball player’s families.

However, when NIKE refused to play, Avenatti threatened again with this tweet: 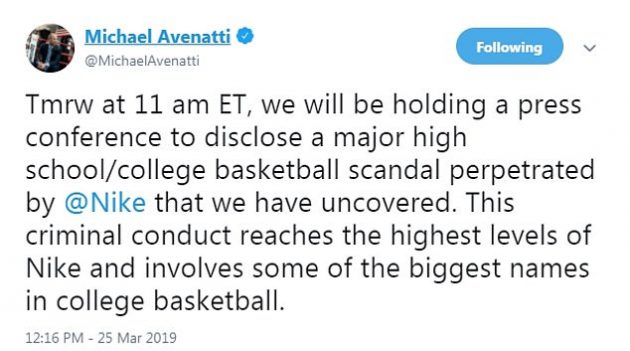 Avenatti will be spending the near future in courtrooms as he’s also accused of defrauding a client, a bank and refusing to pay his old partner money owed.

Stormy Daniels, who fired the lawyer some time ago, simply tweeted that she’ was saddened but not surprised.’ 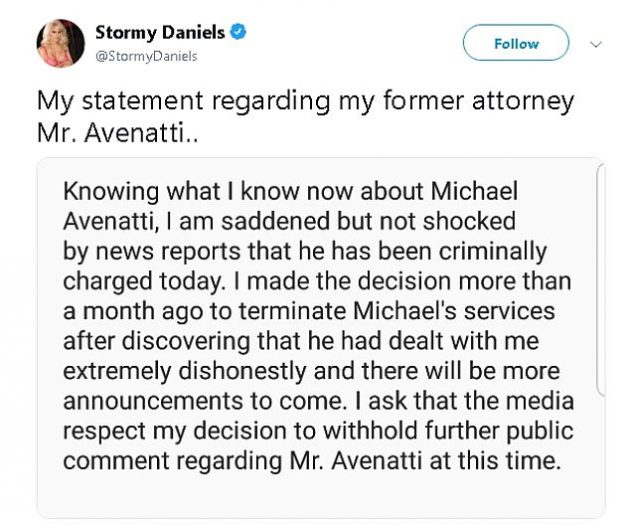 A second defendant is listed as a ‘cooperating witness’  and though they are not identified in the filings, the rumor is that it’s Mark Geragos, the high powered attorney who represented Nike client Colin Kaepernick in his lawsuit against the NFL and is currently defending Jussie Smollett.

This would make sense since it was Gergos who first reached out to Nike and the company’s lawyers back on March 13. 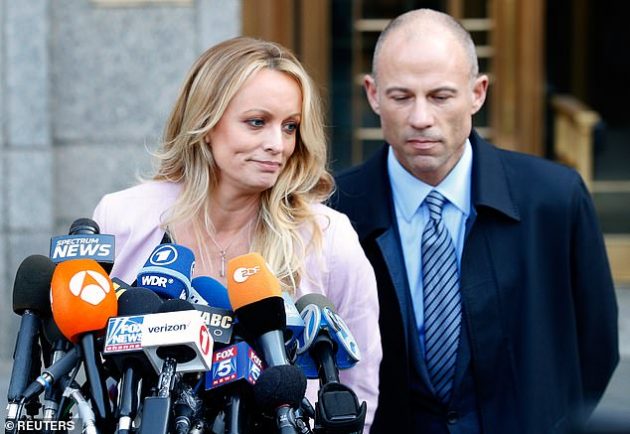