BIG news this morning as a Federal judge has ordered that Donald Trump must release eight years of his personal and company tax returns to Manhattan’s DA. Trump’s lawyers had argued that sitting Presidents are exempt from criminal probes but the Judge shot that down. 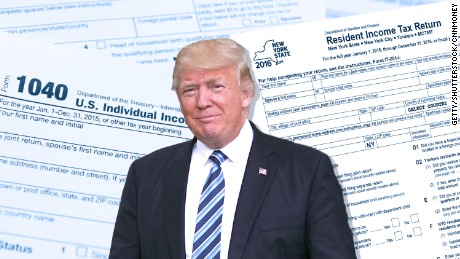 Why is this so important? Because the Manhattan District Attorney is investigating the Trump Organization and potential ‘campaign finance violations’ (think Stormy Daniels payoffs, among other nefarious deeds.)

In the ruling Judge Marrero wrote:

‘This Court cannot endorse such a categorical and limitless assertion of presidential immunity from judicial process.’

Until the President leaves office by expiration of his term, resignation, or removal through impeachment and conviction, his exemption from criminal proceedings would extend not only to matters arising from performance of the President’s duties and functions in his official capacity, but also to ones arising from his private affairs, financial transactions, and all other conduct undertaken by him as an ordinary citizen, both during and before his tenure in office.’

Of course, Trump’s lawyer Michael Cohen is already serving a three-year prison sentence in New York for campaign finance violations he testified was ‘directed’ by Trump