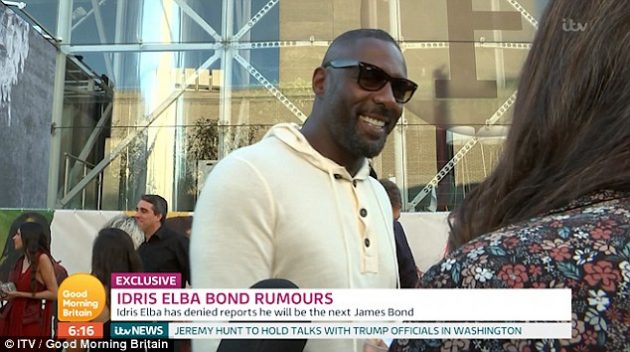 After weeks of speculation and hints dropped by Idris Elba himself, he confirmed last night that he won’t be the next Bond. James Bond.

Speaking on the red carpet at the premiere of his new film ‘Yardie’ in London last night he was asked by “Good Morning Britain” if he preferred shaken or stirred, a reference to the 007’s favorite drink – a martini.

He replied: ‘Stir-fried actually.’ But then asked ‘Am I looking at the next 007?’, the actor responded with a firm ‘no’.

Hearts are breaking all over the world.