Amal Clooney, who fights for justice worldwide (and yes, is married to a certain movie star) is also the U.K.’s government envoy on press freedom and at a conference in London harshly criticized Trump — without once mentioning him by name. In an impassioned speech, she spoke of how the leader of the country of ‘James Madison’ ‘vilifies the media’ making ‘honest journalists over the world more vulnerable to abuse.’

‘As James Madison, one of America’s founding fathers, warned us more than 200 years ago, the right to a free press is the only effectual guardian of every other right.

‘Yet today, journalists are under attack like never before. They are dying not only while covering wars but because they are exposing crimes committed in war, exposing abuses of power committed in peacetime. 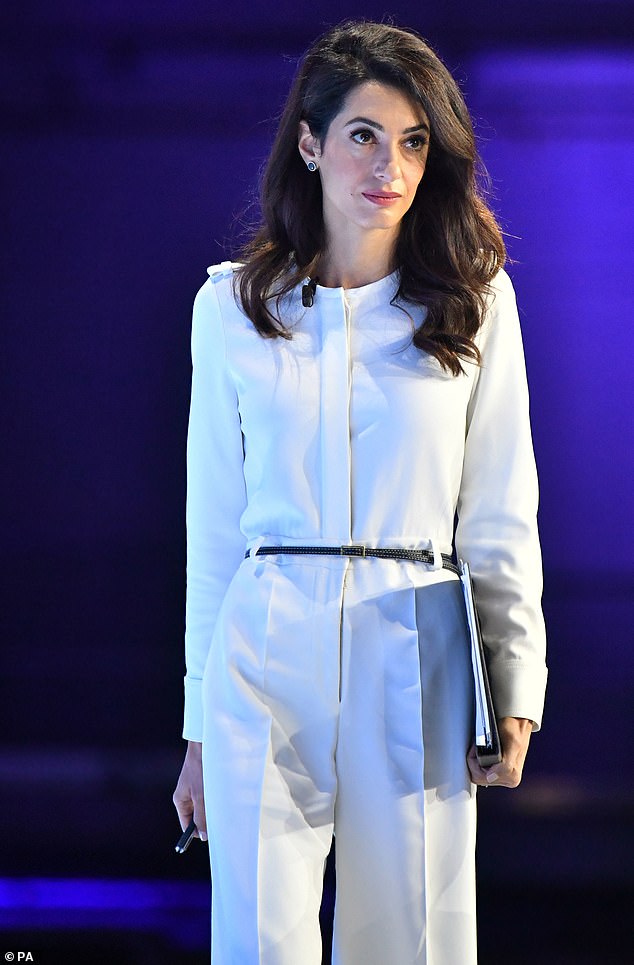 Amal went on to say :

‘Recent reports suggest that today, only one in 10 people in the world lives in a country with a free press.’