My husband — the cook in the family — thought he was happy with his old cooking thermometer, that is until I showed him the Thermapen One digital.

The ThermoWorks Thermapen ONE is the world’s fastest cooking thermometer (reading in under one second) and is in a class all its own. Not only is it f-a-s-t but it’s accurate. Reportedly, it took five years in development to create this new state-of-the-art gadget.

And for night BBQ-ing the patented auto-rotating 360°display technology, coupled with the bright backlight makes it much easier to sear those steaks. As well, it’s fully waterproof — helpful if you’re caught in a sudden downpour — and the battery-saving motion-sensing sleep/wake mode. 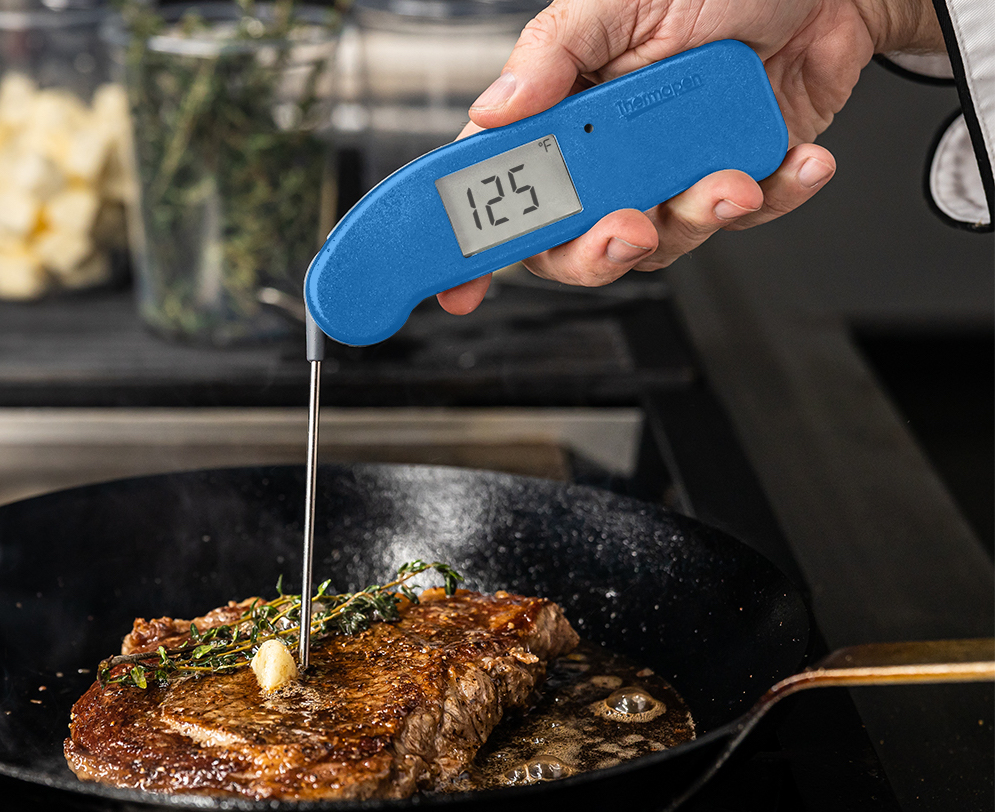 All it took for my husband to ditch his old thermometer was cooking one night with the new gadget. Since steaks on a hot grill can go from rare to medium in seconds, the speed of the Thermapen One was impressive…and handy. Before he had to use his phone to light up the thermometer, but the backlight is so bright with the Themapen that it wasn’t a problem.

Not just for professional chefs, this is a must-have for anyone who cooks. (We use it for baking and are it’s saved a few of my more creative concoctions.)

$105 at Themapen and it will last you forever. Or until ThermoWorks comes out with one that flips the meat, cooks it to just the right temperature, and then sends you a text to tell you dinner’s ready.