Today, X-Man actor James McAvoy announced he donated $275k to the National Health Service in England to show support for the ‘frontline troops.’

‘One of the main reasons I wanted to give money, and why I upped the amount of money, was not just to get [Personal Protective Equipment] across there, which is so important, but secondarily I’d say it was more to show a sign of support to the frontline staff.

‘I’ve heard that morale is incredibly low and they’re feeling exposed and vulnerable and like they haven’t been supported properly,’ he added.

Started by 4 doctors, the campaign called ‘ Masks For NHS Heroes’  has raised almost a million so far. 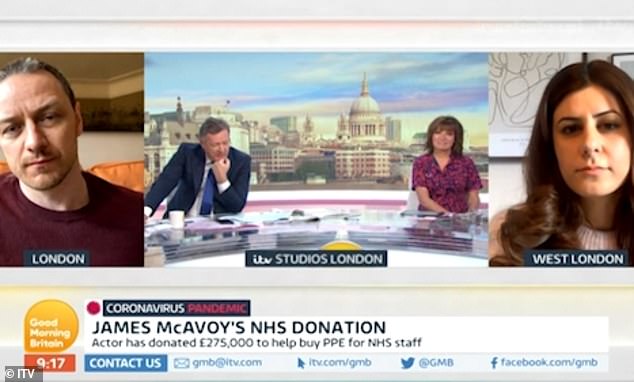