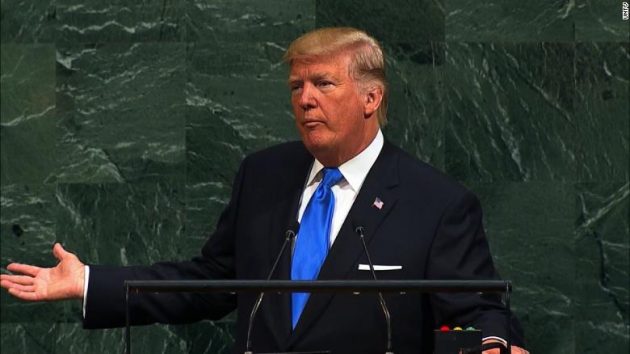 In typical fashion, Trump started his speech at the United Nations by saying, “In less than two years, my administration has accomplished more than almost any administration in the history of our country,’ which received some quiet laughter from the body.

“So true,” Trump said. “I didn’t expect that reaction, but that’s okay,” he said, prompting louder laughter and some applause. 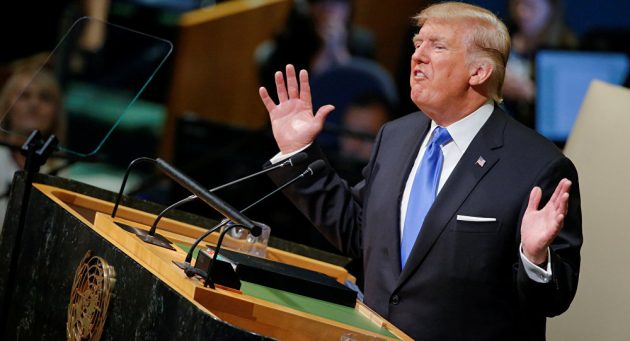 As he has repeatedly, Trump went after China for alleged currency manipulation and intellectual property theft.

‘Those days are over. We will no longer tolerate such abuse,’ Trump said, pledging that he would no longer allow American to be ‘cheated and our wealth to be plundered and transferred. The United States will never apologize for protecting its citizens.’

In the end, Trump’s speech was nothing more than empty brags — and threats as he pushed his ‘America First’ campaign which of course is contrary to the UN’s governing principle.