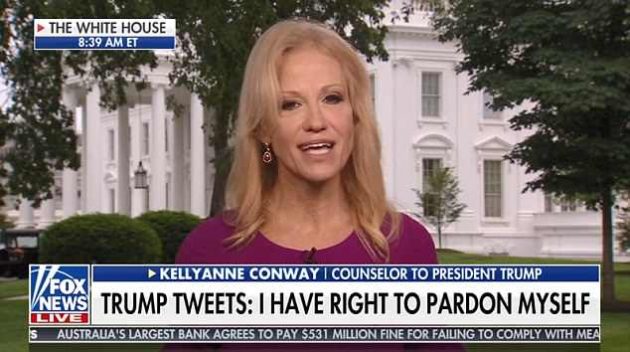 On Monday President Trump tweeted that he has the power to pardon himself, but said ‘but why would I do that when I have done nothing wrong?’ 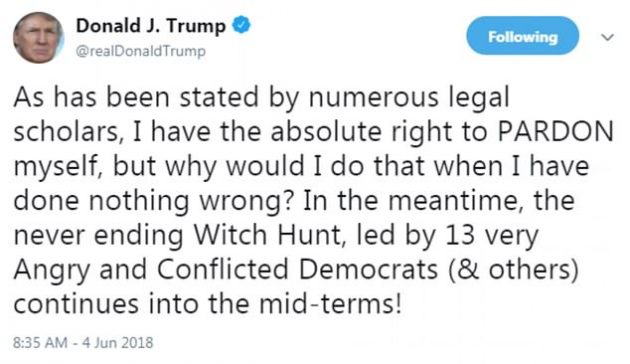 Referring to the Russian probe, the President continued to rant that he was innocent.

An incensed Kellyanne Conway fumed at reporters later, saying that Trump is only talking about a self-pardon because journalists are fixated on the ‘hypothetical’ scenario.

‘Has he been convicted of a crime?’ she demanded to know at the White House.

‘He tweeted about it because you’re all covering something that’s a hypothetical exercise. That’s what you do. I wouldn’t say you do it well, but you do it often.’

Should the President take this action, however, he would be immediately impeached.